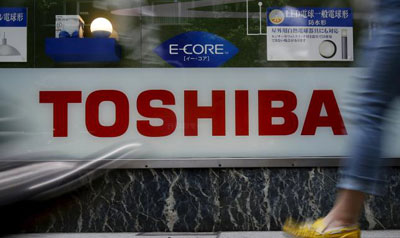 The venerable conglomerate, which makes everything from consumer electronics to nuclear energy technology, was under fire over accounting irregularities and had established an Independent Investigation Committee. That committee’s report concluded that Toshiba overstated profits by 151.8 billion yen (US$1.2 billion) from 2008 to 2014.

The report’s findings and subsequent resignations could set back efforts to reform the Japanese corporate governance culture. Toshiba had been viewed as a pioneer in Japan in adopting an “audit committee” structure more commonly found in Western corporate governance.

But details of the findings make clear that the problem was not limited to the company’s culture, actions by management, or inaction by the company’s audit committee concept. Instead, the report included what I often dread the most, pointed criticism of Toshiba’s internal audit function. After reviewing translated summaries of the investigative committee’s report, I believe the overarching problem with Toshiba’s internal function was that it tried to run before it could walk. In some ways, Toshiba’s internal audit function was too modern for its own good.

Details from the report help explain my conclusion.

Like many contemporary internal audit functions for large global companies, Toshiba’s internal audit function adopted a rotational staffing model, and internal auditors were recruited with the explicit understanding that they would rotate through the department in route to other opportunities within the company. While many organizations use the rotational model as a pipeline for talent, there are pitfalls when the model is not well thought out based on the organization’s specific needs. In a previous blog, I describe how organizational size, reputation, complexity, quality, and executive support all contribute to the success – or failure – of the rotational model.

In Toshiba’s case, it appears that an excessive reliance on the rotational staffing model left the internal audit department vulnerable in terms of resources and competency in accounting and in the company’s ability to conduct effective audits, according to the report.

Additionally, the report found Toshiba’s governance structure relied too heavily on internal audit as a consulting service rather than as an assurance provider. The audit department focused primarily on providing consulting services to various Toshiba’s companies as part of operational audits, without assessing the appropriateness of accounting processes. While an effective internal audit function often provides advice and consultancy services for key stakeholders, internal audit will often struggle to address a company’s critical risks if little or no assurance is provided to management and the board on the overall effectiveness of mitigating controls.

Despite a limited focus on assurance, audits by the department twice identified instances of irregularities that could have highlighted the company’s accounting problems much earlier. However, they were dismissed as not significant enough to report.

This brings me to an important point about the dangers of not identifying the root cause of problems. In a previous blog, I described how internal audit must focus on the roots, not just the trees. Had Toshiba auditors taken the additional steps to try to understand the accounting anomalies, they likely would have uncovered the bigger problem much sooner. But they may not have had the skill or sophistication to connect the dots.

Sometimes, knowing enough to ask the right questions is the difference between a routine audit and one that uncovers significant deficiencies. I explored this issue in another blog that warned that the biggest risk to an organization is the one that internal audit misses. This certainly proved true in Toshiba’s case.

Another potential contributor to the irregularities being dismissed prematurely — they were never included in final audit reports — is the reporting-line structure Toshiba created for its internal audit function.

While Toshiba created an audit committee and appointed independent board members to it, the internal audit department never enjoyed a direct reporting line to the audit committee. Instead, the department reported to the company’s president – with no routine access to the company’s board of directors. Questioning or challenging actions of corporate executives is difficult in any culture, but it is virtually impossible in traditional Japanese corporate cultures..

Indeed, this aversion to questioning authority was identified as a primary culprit to the overall problem. Corporate culture in Japan is hierarchical, with an emphasis on loyalty and doing all that is possible to avoid bringing shame to its own group. When Toshiba’s top executives set unrealistic performance (profit) goals, division presidents, line managers, and employees below them carried out inappropriate accounting practices to meet targets in line with the wishes of their superiors. It must be acknowledged that we have witnessed the same outcome in high-profile American corporate accounting scandals.

Instead of questioning the wisdom of these earnings goals, “. . . (Toshiba’s) employees felt cornered into resorting to inappropriate measures,” according to the report. One has to wonder whether this contributed to the internal audit department accepting the decisions to ignore early findings of accounting irregularities.

A deeper analysis of the 300-page report reveals additional problems with Toshiba’s governance structure that contributed to or complicated its shortcomings. In the end, the report makes a number of recommendations, including scrapping the existing internal audit function and creating a new internal audit department with adequate resources and skills mix that reports to an independent director outside the company.

If such a restructured internal audit function is given the appropriate resources and independence to carry out its work, Toshiba will be the better for it and possibly serve as that shining example that other Japanese corporations should emulate. In the meantime, there are lessons in the Toshiba scandal for all of us who seek to modernize internal audit functions.