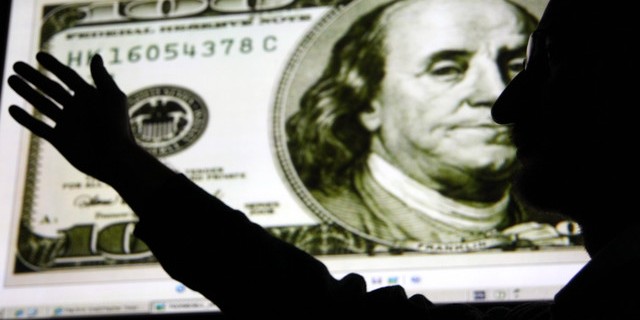 The dollar gained for a seventh day against a basket of peers, the longest streak in almost a year, as revised data in a Federal Reserve Bank of Chicago index signaled greater-than-forecast strength in the U.S. economy.

The yen fell for a seventh day versus the greenback after a report showed Japan’s trade deficit widened more than forecast last month. The U.S. currency rose versus the euro as as leading U.S. economic indicators backed speculation the Fed will remove stimulus this year. New Zealand’s dollar dropped before the Reserve Bank sets policy on April 24. The ruble weakened after deadly clashes in Ukraine’s east.

“The euro-U.S. dollar move in the New York session was led by dollar buying after the better-than-expected Chicago national-activity index print,” said Brad Bechtel, managing director at Faros Trading LLC in Stamford, Connecticut. “Dollar-yen had the most pronounced move overnight on the unexpectedly weak trade figures.”

Financial markets in the U.K., Germany, Hong Kong, Australia and New Zealand were among those closed for a holiday today. The U.S. markets reopened after being shut on April 18.

The ruble declined 0.1 percent to 41.7952 against the central bank’s basket of dollars and euros after Ukraine warned that Russia may use a deadly clash at a roadblock in the smaller country’s east as a pretext for invasion.

All 15 economists in a Bloomberg survey expect the Reserve Bank of New Zealand to raise its official cash rate by 25 basis points to 3 percent at the April 24 meeting. The central bank increased borrowing costs by a quarter percentage point last month.

“The issue with New Zealand is that this forthcoming interest-rate tightening cycle is fully priced in,” Annette Beacher, the Singapore-based head of Asia-Pacific research at TD Securities Inc., said in a Bloomberg Television interview. “The Reserve Bank in March was extremely clear that 125 basis points of tightening is coming this year.”

The Aussie was little changed at 93.28 U.S. cents from last week, when it posted a 0.7 percent five-day drop.

Hedge funds and other speculators increased bullish bets on Australian dollar versus the greenback, Commodity Futures Trading Commission data show. The difference in the number of wagers by futures traders on a rise in the Aussie compared with those on decline — net longs — increased to 8,097 on April 15, the most since April 30, from 3,310 the previous week.

Japan’s trade deficit widened to 1.45 trillion yen ($14.1 billion) in March, from 802.5 billion yen the previous month, the Ministry of Finance said today. The median estimate of analysts surveyed by Bloomberg News was a 1.1 trillion yen shortfall. The deficit was a record 2.8 trillion yen in January.

The nation’s core consumer-price index rose 1.4 percent in March from a year earlier, according to the median forecast in a Bloomberg survey before the report is released April 24.

Four of the 36 economists surveyed by Bloomberg expect the Bank of Japan to add to easing on April 30, according to the results of the most recent poll, conducted March 28 to April 3.

“Japan’s trade deficit was much larger than expected, so it helped to push the yen lower,” said FX Prime’s Ueda. “We’re likely to shift to a dollar strength story from a yen weakness story going forward as we start to see good data from the U.S.”

In the U.S., the Chicago Fed national index, which draws on 85 economic indicators, was a positive 0.2 in March, matching economist estimates in a Bloomberg survey, versus a revised 0.53 in February, which was up from 0.14 as originally reported. A reading below zero indicates below-trend-growth in the national economy.

The Conference Board’s index of leading indicators rose 0.8 percent in March, the most since November, according to the New York-based group. The median estimate of economists in a Bloomberg poll before the data was released was for a 0.7 percent gain.

The Fed began tapering its monthly asset purchases in January, and economists predict the asset-purchase program will end in October. The Federal Open Market Committee will next meet on April 29-30.