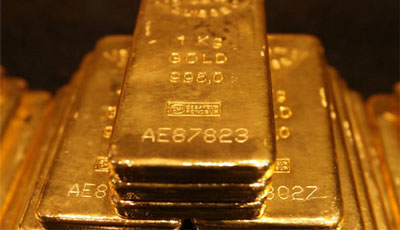 Gold bugs should never assume that the mainstream investing community actually understands finance. That includes the Wall Street Journal, which recently published an article (Gold as an Inflation Hedge: What the Past 50 Years Teaches Us) purporting to show that gold does not protect against a depreciating currency.

The article begins with a couple of subheads…

“On the anniversary of the metal’s unleashing by Nixon, gold’s believers may be disappointed by the record

Investors often think that gold is the answer to inflation. It’s not that simple, as the past 50 years have shown.

…and then attempts to prove those points graphically with a chart comparing gold to stocks and bonds: 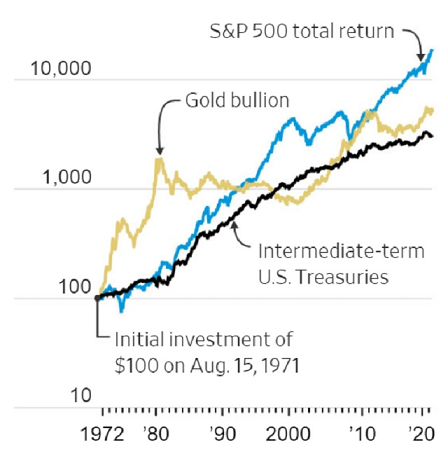 Its conclusion? Pretty much everything has gone up since the US left the gold standard in 1971, and the things that went up most – stocks — are by definition the best “inflation hedges,” while bonds are just about as good as gold.

So what’s wrong with this argument? Simply put, gold is not an “investment”. It is money. You don’t own it in place of Amazon stock or Treasury bonds, you own it in place of the dollars that might otherwise be in your pocket, your bank account, or under your mattress. Here’s a picture that’s as clear as the previous one is obscure. 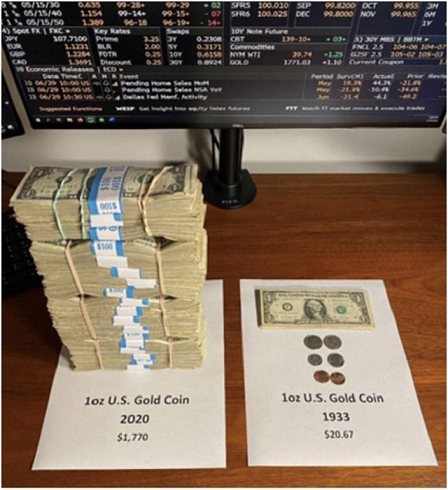