Where Next? A peek through the Macro Lens 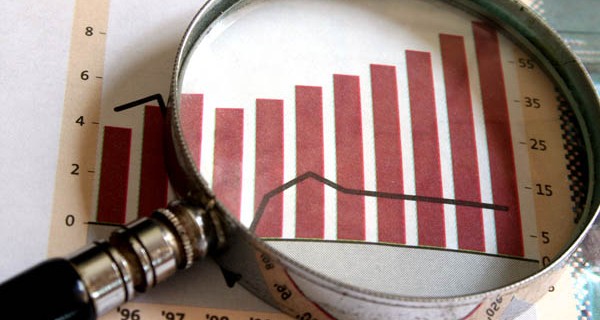 Financial markets have been on a heady ride since the financial crisis began in 2008. It looks like we are now at a very critical juncture which will define how things play out over the next 18-24 months.

There are a lot of mixed signals and confusion in the developed and emerging market economies at the moment. A review of the headlines which are mostly generators of noise at the best of times appears to indicate that something is shifting at the moment.

The end of the dollar scaremongers have all gone into hiding at least for now as the US Dollar continues to strengthen against the major currencies. US Dollar strength is signalling the way forward with regards to Federal Reserve policy which is effectively causing an unwinding of the multi-trillion dollar carry trade which entails borrowing US Dollars at a low cost and purchasing highly rated bonds in emerging market currencies that yield higher returns.

The 16th annual Geneva Report recently added insult to injury by proclaiming the vulnerabilities of emerging markets and warning that “a poisonous combination of ever increasing debt and declining growth” is likely to lead the global economy into another crisis. Interest rates will have to remain low for a “very, very long time” per the authors of the report in order to allow debt holders; households, companies and governments to continue servicing those debts.

This comes at a time when the Federal Reserve is signalling an increase in interest rates within the next 12 months, all while the ECB is preparing for a quantitative easing experiment of its own. All this suggests that the US Dollar will continue to strengthen as international investors unwind the dollar carry trade from emerging markets and look for yield and a hedge against the imminent and probably long term Euro devaluation from ECB action. The Eurozone in itself is not entirely standing on firm ground and currently faces strong economic headwinds with Raul Ilargi Meijer from Automatic Earth summing up the situation in a very clear and concise and precise way:

“France is gasping for breath, Italy is on life support, Greece, Cyprus and Spain are in the emergency room, and Europe’s German engine has just quit. A 500+ million ‘union’ with no steering wheel and no engine is on its way to the brink of a deep cliff. Someone’s going to jump ship, no question about it. The Germans themselves might be the first.”
— Raul IIargi Meijer

Another significant event which indicates a tectonic shift is the fact that the US is now becoming a significant exporter of crude oil on a global level. US Crude Oil exports hit a 57 year high in July quadrupling the amount of barrels exported a year ago. This is bearish for Crude Oil and energy prices which are evidently in bear market territory along with the general commodities complex which had the largest quarterly loss since 2008. This begs the oft asked question: is the commodities cycle over? If this is the case then energy and other commodity prices will continue to decline which is in itself a positive for global economic growth however the complexities mentioned above seem to be weighing things down more than any decline in commodity prices can bring an uplift.

With all that in mind equity markets have been signalling a correction from recent highs for some time now. Most small cap stocks have entered bear market territory as indicated by the broad measure of the percentage of small cap stocks that are now below their 200 day moving average. 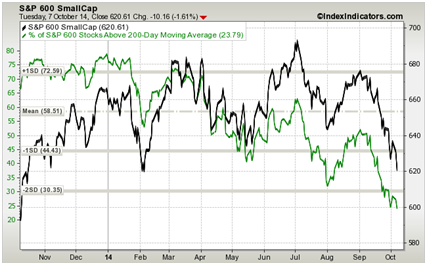 A large percentage of large cap stocks in the major indices such as the S&P 500 still remain above their August lows and 200 day moving average but the recent correction has arrested bull’s appetite going forward with many traders going into a risk off mode in the equity markets. 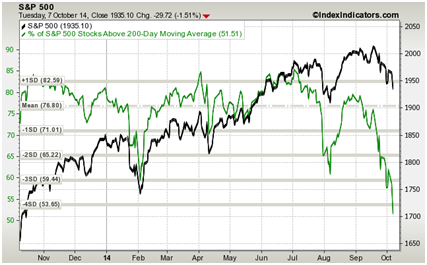 With all that in the mind the macro view does not seem particularly encouraging and highlights some issues of deep concern to Central Bankers and the global economy. The last quarter of 2014 is certainly packed with uncertainty on the economic front but also on the geopolitical side where the US and other major NATO forces have joined their might to fight the ISIS threat in Syria and Iraq.