Advertise With Us
Sign up for our Newsletter
Join Our Directory
Open an Account
Dr. George Theocharides Market Market Analysis

How to deal with Europe’s ailing economy? 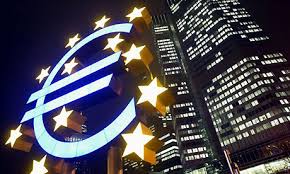 There has been a lot of discussion lately in Europe and especially at the European Central Bank (ECB) headquarters for the need (or not) of non-conventional monetary tools to revive Europe’s ailing economy, such as Quantitative Easing (QE). On the one hand, you have the ECB president, Mario Draghi, feeling the need that the ECB must act strongly to help the struggling euro economy, and on the other hand you have countries such as Germany opposing these moves fearing that it can lead to reckless state borrowing and long-term inflation. They also argue that it might lead to a halt in the adjustment programmes and structural reforms that many European countries need to go through.

According to the latest flash estimate released by Eurostat, the inflation rate is expected to be 0.3% in November 2014, well below the ECB’s target rate of 2% that wants to maintain in the medium term. Furthermore, seasonally-adjusted Gross Domestic Product (GDP) rose by only 0.2% in the euro area (0.3% in the EU-28) during the third quarter of 2014 compared with the previous quarter.

The underlying problems that Europe is facing are many, and include among others, the loss of competitiveness to other regions of the world (especially Southern European countries), excessive and uncontrolled government spending of the past that leads to continuous budget deficits and increases in public debt at faster rates than GDP growth, as well as low European birth rates, coupled with increase in life expectancy that raised the pension and health costs. At the same time, there is no fiscal union, a banking union that only recently has been put in place, and a monetary union that prevents member states to devalue their currency to tackle the crisis.

The ECB has responded to the crisis by lowering interest rates (base rate) to an extremely low value (0.05%) as well as a series of targeted longer-term refinancing operations (TLTROs) that aim to offer cheap loans to banks in order to pass them on onto the real economy. In the first TLTRO, ECB allotted €82.6 billion to the banking sector, while the second programme is expected this December with forecasts of an allotment of about €150 billion, well below the total target of €400 billion that the ECB was prepared to offer to the banks for this year. If this monetary tool fails to revive the euro economy, the next step is for a broad-based sovereign asset purchase programme, known as QE. This was the programme that other central banks (U.S. Fed, Bank of England, Bank of Japan) have used since the global financial crisis of 2007-2009. This programme helped to mitigate the adverse effects of the crisis, with the U.S. economy now on a strong rebound that lowered the unemployment rate to 5.8% for November 2014.

My belief is that this is what exactly the ECB needs to do. Despite the objections of the Germans, Mario Draghi needs to step up and use such a programme to revive Europe’s ailing economy while at the same time it will address the problem of low inflation (or even deflation) that can be very damaging for any prospects of growth in the near future.