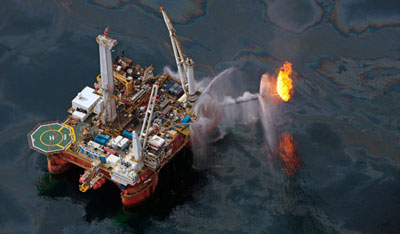 The drop of oil prices in the past six months is all over the headlines with all sorts of opinions about how this is good or bad for economies around the world, consumers and corporations. Like everything there are winners and losers on both sides of the story. We run through the reasons for the recent drop and how this affects consumers, producers and the man of the street, the winners and the losers from the great oil decline of 2014.

Oil is the mostly traded commodity in the world and the most important commodity of our era. It is politically and economically sensitive and its price has the ability to not only cause recession but also to trigger political unrest and government change at the extremes.

There are a number of reasons for the oil price drop but this is mainly driven from an over-supply particularly in the last four months. The United States has increased its production by 500,000 per day since July while other oil producing countries such as Saudi Arabia, Nigeria, Libya and Iraq have also followed suite with supply increases of their own.

To cap that off there appears to be some deep longer term structural changes taking place in the oil markets which are likely to keep oil prices depressed at least for the foreseeable future.

The United States has an abundance of crude oil and has enormous capacity to continue increasing its production at its will which threatens the position of other oil producing nations namely the UAE. The US Energy Information Agency estimates that oil production will likely increase by another 750,000 barrels per day in 2015. It is also worth noting that the EIA has previously underestimated US production growth with the possibility of that figure being revised upwards. 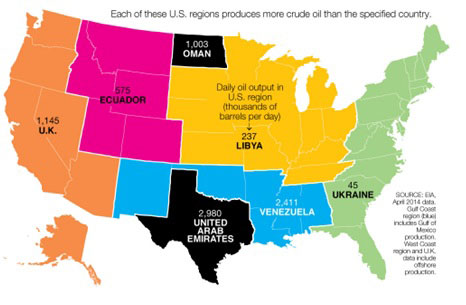 On the other side OPEC members such as Libya, Algeria, Venezuela, Iraq and Iran have little ability to reduce their production rather they need to produce at maximum capacity in order to finance their budgets and social spending programs. Only the UAE, Saudi Arabia and Kuwait have the ability to reduce production voluntarily without harming their budgets. They are also the ones that benefit most from the actual price drop hence why production cuts are unlikely for now or at least for the first half of 2015.

To cap all this and looking further into the future demand for oil in the developed world is anticipated to decrease as alternative energy sources come to play and natural gas, electric car and other new technologies penetrate the market. In the meanwhile China’s seemingly in-satiated demand for oil is in decline as economic growth is expected to continue declining from post 2008 GDP growth figures.

There are numerous losers from the oil price drop and these are namely countries which rely heavily on oil exports and have small national reserves to withstand lower prices for a longer period of time. The largest concentration of oil dependant economies are in the Middle East and North Africa. Countries such as Libya, Nigeria, Algeria, Iraq and Iran have fewer budget surpluses than their counterparts in Saudi Arabia, Kuwait and the UAE. These countries are also mainly politically unstable and a continuation of low oil prices weakens their government even more as they continue to face domestic pressures from religious extremists and the Islamic State. These countries have the most to lose from lower oil prices.

Another major player that is currently under severe pressure from economic sanctions, currency devaluation and a slowing economy is Russia. 80% of Russia’s energy revenues come from crude oil and its 2015 budget assumes a price of $100 per barrel which is likely to be adjusted downwards following recent declines and events in Russia. Russia has large reserves which it can use to support any shortcomings from the oil price decline however its other problems such as political isolation, sanctions and economic decline exacerbate its position and puts Russia into a corner. Moscow will have to cut spending significantly if it is to withstand the oil price decline and the worst economic turmoil it has faced since 1998. A continuation of current low prices is likely to strain Putin’s future as president and diminish his popularity as the effects of a devalued currency in conjunction with low oil prices hits the regular man on the street.

The next major loser from the oil price decline is Iran. It is well documented that Crude Oil prices work as a political weapon against rivals and in the case of Saudi Arabia and Iran. Iran is extremely dependent on oil revenues and a fall in its revenues has previously been one of the instigators of political violence in the country. By reduced revenues Iran’s economy is squeezed hard and the government is forced to reduce popular subsidies and social programs which in turn make it very unpopular. Most recently President Hassan Rouhani of Iran labelled Saudi Arabia’s insistence of continuing its production at current levels as “treacherous”, “politically motivated” and a “conspiracy against the interests of the region”. Low prices might force Rouhani to implement austerity that will ultimately lead to political unrest and undermine his government, sending strong signals about who dominates the Middle East.

Lower oil prices while seen as a nuisance by some are a boon for others and a sustained period of lower prices is expected to provide a cushion for some countries that rely on oil imports to maintain economic growth and productivity at reasonable levels.

Some of the benefactors of the oil price drop are China and a number of South East Asian economies such as Thailand, Indonesia, Philippines and Singapore who will already be feeling the positive effects of the decline in prices.

While China’s economic slowdown cannot be reversed purely by lower oil prices its manufacturers and exporters will surely feel the benefits of lower input, logistics and transportation costs that will in turn be felt by the local consumer. A myriad of other benefits also accrue to the Chinese economy via low prices one of which is the ability to purchase and store crude oil at these lower prices for future consumption.

Another major unexpected winner from the decline in oil price is the United States. While most might believe that the decline in oil prices is driven by OPE’s desire to squeeze the US oil and gas producers this might not be totally the case. In actual fact the US is among the main benefactors of lower energy prices. It currently has the best of both worlds: declining oil prices and increasing domestic production. While shale oil production costs are considerably high break even points vary and prices below $70 make some production untenable, production efficiency is improving which is likely to continue driving costs lower. For the US economy which relies on industry, services and manufacturing a continuation of low energy prices, rising efficiency and production of oil and gas is an ideal scenario.