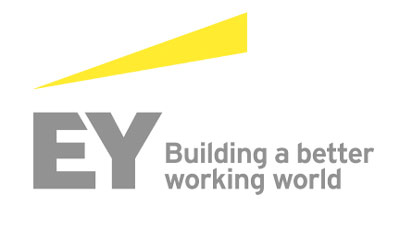 Many countries are pressing ahead and legislating now, rather than waiting for final recommendations from the Organisation for Economic Co-operation and Development (OECD) on its Base Erosion and Profit Shifting (BEPS)1 Project according to an EY report, The outlook for global tax policy in 2015, which draws on the views of EY Tax Policy Leaders in 32 countries to identify key tax trends for the year ahead in each of their regions.

The report points to striking national policy shifts, with 40% of respondents citing “significant” tax reform activity, even while final BEPS recommendations are still pending. Significantly, 34% have enacted legislation (or are planning to do so) in 2015 to tackle hybrid mismatch arrangements2.

Chris Sanger, EY’s Global Tax Policy Leader, says:
“Tax is at the focal point of the global policy agenda more than ever before. With the acceleration of initiatives such as the BEPS Project, policymakers are choosing to react now and adapt later, rather than waiting for recommendations. This has been described as “bizarre” by members of the OECD and adds to increasing tax uncertainties facing businesses in 2015.”

Country data also show that the trend toward broad-base, low-rate business tax regimes continues to prevail. Conversely, however, nearly a third of respondents (31%) expect the overall corporate income tax burden in their countries to increase in 2015. This further supports OECD data that show total tax revenues are rising throughout the world.3

As policymakers anticipate further BEPS developments in 2015 — including the announcement of Action 12, “Requiring Taxpayers to Disclose Their Aggressive Tax Planning Arrangements” — the trend for taxpayer scrutiny is also set to accelerate. The report highlights how governments are already launching new transparency requirements such as country-by-country reporting, with 10 countries (31%) reporting increases in tax enforcement measures for the year ahead.

Taxation is increasingly becoming a pivotal determinant in election campaigns, and with 10 of the 32 (31%) countries planning national or presidential elections in 2015, businesses must prepare now for possible changes in national tax policies.

Falling oil prices and currency fluctuations also are identified as key drivers for national policy revision in what is likely to be an eventful year ahead.

The report highlights some of the top recommendations from EY Tax Policy Leaders.

Sanger says: “Businesses need to develop robust processes and policies to achieve certainty. By studying the drivers of policy change and understanding which countries are adopting new policies, they can gain a clearer picture of where the tax agenda is moving to next.

“In these times of change it is even more important that the impact of the options facing policymakers on business investment is readily understood. This means that, despite the ever- increasing demands on tax directors, a key part of their role is to act as a tax diplomat. Only through this dialogue can the tax system contribute to a better working world.”