The tiny broker who won on the Swiss Franc shock 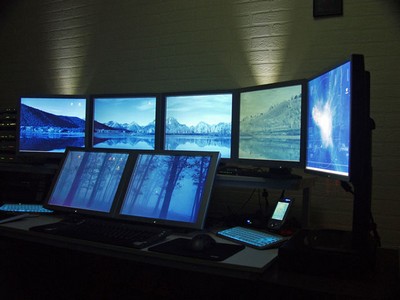 Some of the big guys lost on the Swiss franc. Turns out, one of the little guys won.

While the likes of Citigroup Inc. and Saxo Bank A/S got stung when Switzerland abruptly let the franc soar in mid-January, Jakub Maly says the brokerage he runs made enough money to start dreaming about expansion.

No one would confuse Maly’s private brokerage, X-Trade Brokers SA, with the Citis of the world. Based in Warsaw, X-Trade caters to individuals who want to play the foreign exchange market. It made the equivalent of $22 million in 2013 – – about what Citigroup made every 14 hours.

Small or not, Maly says his firm saw the Swiss shock coming and prepared for the worst. The week before, it doubled the amount of collateral its clients must put up against their trades.

“I can’t say luck wasn’t part of the game,” Maly, 33, said in an interview on March 23. But X-Trade also has a strong record in forecasting European exchange rates. Recently it was near the top of the class for predicting the Russian ruble, Hungarian forint and Turkish lira, according to Bloomberg Rankings.

The broker’s chief executive declined to say how much X-Trade made on the franc. But he says it was enough to get him thinking about acquisitions and joint ventures. His firm is now looking to expand into Latin America, Asia and possibly even Africa. Currently it has about 100,000 customer accounts, mostly in Poland.

Things didn’t go as well over at FXCM Inc. in New York. The sudden move in the franc blew a $225 million hole in FXCM, the largest retail foreign exchange brokerage. FXCM ended up grabbing a financial lifeline from Leucadia National Corp.

How did X-Trade do it? Maly credits Piotr Baszak, head of trading. Baszak suggested X-Trade protect itself by raising collateral requirements. That way if its clients lost money on the franc, X-Trade wouldn’t be left on the hook, as FXCM later was.

X-Trade executives agreed. Switzerland, they decided, simply couldn’t hold down the franc much longer, particularly as the European Central Bank prepared to start buying bonds in its bid to spur growth in the Eurozone.

Maly was in a meeting when Switzerland stunned the markets in mid-January. He quickly spoke to his trading desk. “And from them I heard, we’re all good,” he says.

The franc surged as much as 41 percent versus the euro on Jan. 15, the biggest gain on record, and climbed more than 15 percent against all of the more than 150 currencies tracked by Bloomberg. It strengthened 20 percent against the zloty on that day and the Polish currency has recovered more than half of that spike since then.

The irony is that Baszak, the trader who made the Swiss call, has left X-Trade as he wanted “to take a little break,” Maly said. “This was a very nice farewell gift from him.”

Source: Bloomberg – The tiny broker who won on the Swiss Franc shock