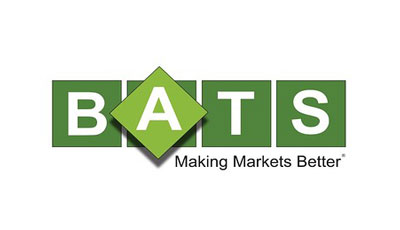 On any given day as much as €1.5bn is traded in ETFs on order books across the continent, with at least twice as much traded over the counter (OTC). The majority of activity is concentrated in around 40 ETFs that predominantly focus on commodities and blue-chip indices. To capture more market share and attract more OTC activity on exchange in this critical market segment for European investors, BATS will introduce separate rebates and charges for participants trading ETFs and ETPs in the CXE Lit Book, the largest single order-book the exchange operates.

Mark Hemsley, CEO said: “Over the past two years we’ve worked very hard to improve market structure for the benefit of ETF trading and investing in Europe. The market is significantly undersized – a quarter of the US’s AUM and 12% of the value traded in the US1 – which is a direct result of highly fragmented liquidity and settlement that harm the development of even the biggest ETFs.”

He added: “In the U.S., BATS is the leading market for trading of ETFs and has a stated objective of being the #1 ETF listings marketplace. Notwithstanding the significant issues inhibiting the European ETF market at present, these aims are global, and our continued innovation around ETF pricing is a significant next step in the right direction. With the addition of Laura Morrison as Global Head of Exchange-Traded Products to our existing team, the ETF industry as a whole should expect future initiatives from BATS to improve the global marketplace for exchange-traded instruments.”

In recent months, BATS Chi-X Europe has played a significant role in the development of the European ETF industry: