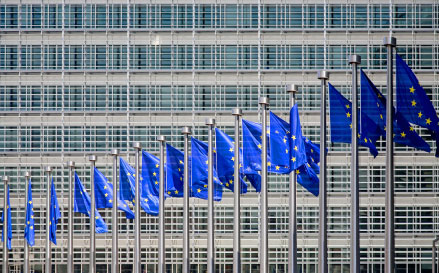 The European Commission has today adopted new rules that make it mandatory for certain over-the-counter (OTC) interest rate derivative contracts to be cleared through central counterparties. Mandatory central clearing is a vital part of the response to the financial crisis; it follows commitments made by world leaders at the G-20 Pittsburgh Summit in 2009, to improve transparency and mitigate risks.

Jonathan Hill, EU Commissioner for Financial Stability, Financial Services and Capital Markets Union, said: “Today we take a significant step to implement our G20 commitments, strengthen financial stability and boost market confidence. This is also part of our move towards markets that are fair, open and transparent.”

Today’s decision takes the form of a Delegated Regulation—the first such to implement the clearing obligation under the European Market Infrastructure Regulation (‘EMIR’). It covers interest rate swaps denominated in euro, pounds sterling, Japanese yen or US dollars that have specific features, including the index used as a reference for the derivative, its maturity, and the notional type (i.e. the nominal or face amount that is used to calculate payments made on the derivative).

The clearing obligations will enter into force subject to scrutiny by the European Parliament and Council of the EU and will be phased in over three years to allow additional time for smaller market participants to begin complying.