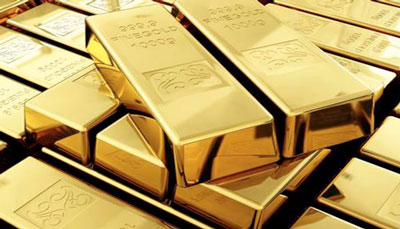 Losses for gold futures were building on Thursday, as the metal succumbed to some dollar strength in the wake of the first interest-rate increase by the U.S. Federal Reserve in nearly 10 years.

In a decision that came shortly after gold prices settled in regular trading in New York on Wednesday, the Federal Open Market Committee, led by Fed Chairwoman Janet Yellen, raised its fed-funds rate to a range of 0.25% to 0.5%, putting an end to a seven-year run of near-zero interest rates.

Higher interest rates tend to make precious metals that don’t bear interest rates attractive for investors. But it also boosts the dollar, which was up 0.3% against the euro EURUSD, -0.5865% to $1.0842. When the U.S. dollar is falling, investors tend to look for alternative sources like gold, but the opposite can be true.

Analysts at Commerzbank said in a note that now that a big factor that has been weighing on gold prices has been removed — the Fed interest-rate hike — the precious metal could start to see some recovery in 2016.

The last time interest rates were rising, gold rose 11% within a year of the first rate increase despite subsequent hikes, they said. “Since far fewer rate increases are anticipated this time around, the gold price should be able to achieve similarly strong gains in 2016 even if — unlike before — the US dollar rises moderately,” the analysts said.