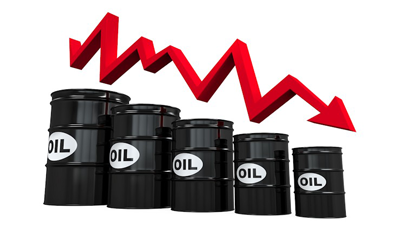 Just over four years ago, the United States and Europe sanctioned the sale of Iranian oil in an effort to curb Tehran’s nuclear program. Oil was trading at $110 per barrel, and Obama administration officials fretted about how to curb Iran’s exports without causing a price spike.

How quickly things change. This week, crude dropped below $30 per barrel for the first time in 12 years, thanks largely to a boom in U.S. production. Sanctions against Iran will likely be lifted soon, unleashing more oil that will further depress an already glutted market.

The deepening price collapse is having serious economic, environmental and geopolitical consequences across the world. At the same time, it creates an opportunity to adopt strong energy policies to lessen the adverse impact of oil’s swings.

U.S. pump prices are now under $2 per gallon for the first time since May 2009, and the average household saved about $700 last year in fuel costs. That extra money can act as an economic stimulant. While a net positive for the economy, the macroeconomic benefit of cheap prices has lessened as imports have declined, and the fall in prices brings greater hardship to states at the heart of the recent U.S. oil boom, such as Texas, Oklahoma and Wyoming.

Countries highly dependent on oil exports, such as Russia, Iraq, Nigeria and Venezuela, have also experienced sharp cuts in budget revenues and gross domestic product. The World Bank estimates a 10% decline in oil prices can shrink economic output in some oil-exporting countries by 0.8% to 2.5%. Many of these nations were already facing instability, and the drop in oil revenue may push them over the edge.

Even Saudi Arabia, which maintains large fiscal reserves, ran a deficit of nearly $100 billion last year. In response, the kingdom just announced economic reforms and austerity measures to curb spending and raise fuel prices. Officials are considering a public offering for state-oil company Saudi Aramco, which has more than 10 times the oil reserves of ExxonMobil. In the midst of heightened tensions with Iran, a costly war in Yemen and a generational shift in Saudi leadership, these measures to renegotiate a social contract that has existed for decades are challenging.

Get ready for next oil spike

There are other pitfalls. When gasoline goes above $4 per gallon, politicians and consumers cry foul. Yet when prices plunge, we become complacent. In December, the average fuel economy of new vehicles sold was 0.9 miles per gallon below its August 2014 peak as sales of SUVs jumped 14%.

Yet history shows fuel costs will rise again, potentially sooner than expected. The possible drivers can already be seen. U.S. production is falling and should decline steeply this year. Globally, capital investment in oil and gas has been slashed by almost $300 billion. Demand growth could erode the buffer of now plump global inventories. And geopolitical risks — which are growing in the low-price environment — could cut oil supply.

Unlike in the past, however, OPEC cannot act to prevent an oil shock. The producer group’s spare capacity — its ability to add supply quickly to markets to compensate for disruptions — rests at a historically low level. While U.S. shale oil production reacts to price changes faster than does conventional oil, it is not nearly as reactive as OPEC. Without a significant buffer, the world may experience higher oil price volatility, and because oil trades in a global market, any price spike will hit U.S. consumers at the pump.

For now, policymakers should use the opportunity presented by low prices to push reforms that reduce the oil intensity of the economy to lessen the impact price surges have on GDP and households. That means continuing both to raise government fuel economy standards and to invest in advanced vehicles and alternative fuels.

We must build on the significant private and public commitments at the Paris climate talks to increase clean energy research and development. When gasoline is cheap is also the best time to consider raising the fuel tax, both to curb demand and pay for rebuilding crumbling roads and bridges. And we need to modernize the U.S. Strategic Petroleum Reserve to ensure it can remaineffective in the event of a supply emergency.

Globally, cheap oil also presents an opportunity for governments to phase out energy subsidies. Keeping fuel prices low strains countries’ finances, encourages more energy use and emissions, and undermines alternative fuels. More than two dozen governments undertook some form of fuel subsidy reform since the beginning of 2014. Past attempts to unwind subsidy programs have sparked popular opposition and even riots in some countries, such as in Indonesia and Nigeria, but with fuel prices now cheap, the political risks of such actions are reduced.

As consumers enjoy the welcome relief of cheap gasoline and heating bills, they should remember that the oil price drop is feeding geopolitical, economic and environmental concerns that may have major repercussions in the future. Governments should seize this opportunity to adopt policies that weaken the ructions caused by oil’s large — and inevitable — swings.