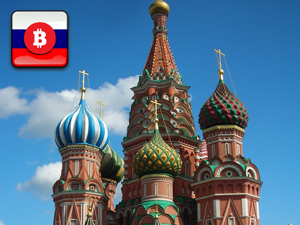 Russia’s economy contracted by 3.7% in 2015, according to preliminary figures published by the country’s statistics service.

Retail sales plunged by 10% and capital investment fell by 8.4% in the economy’s worst performance since 2009.

The economy has been hit hard by the extraordinary collapse in oil prices, which have fallen by 70% in the past 15 months.

Sanctions imposed by the West after Russia annexed Ukraine’s Crimea region in 2014 have also had an impact.

Prime Minister Dmitry Medvedev warned earlier this month that the fall could force Russia’s 2016 budget to be revised.

President Vladimir Putin said in December that the budget had been calculated based on oil at $50 a barrel. Oil is trading at just over $30 a barrel.

This was one of the headlines in Russian TV’s Sunday news review. The words appeared on a giant video screen behind the anchor, along with a picture of rouble coins.

Russia may not be panicking, but it’s clearly worried. Worried enough for the pro-Kremlin media here to admit there’s a problem: a full-blown economic crisis.

The state-controlled media blames the crisis, principally, on low oil prices and, to a lesser extent, on western sanctions. What you don’t hear on TV is anyone blaming President Putin for the problem.

Yet, in the decade and a half that Mr Putin has ruled Russia as president or prime minister, Russia failed to prepare for the possibility of low oil prices and did little to diversify its economy and reduce its reliance on energy exports.

Russian citizens are increasingly concerned. Inflation is rising, so is the fear of job losses. Meanwhile, real incomes in Russia are falling and social benefits are being cut.

Earlier this month senior citizens blocked streets in Sochi and Krasnodar to protest against the scrapping of free travel passes for pensioners. People power persuaded the local authorities to reverse the decision. The longer Russia’s economic woes continue, the greater the likelihood that social protest here will spread.

Taxes from oil and gas generate about half the Russian government’s revenue.

William Jackson, an economist at Capital Economics, said: “While the worst of Russia’s crisis has now passed, the economy is still extremely weak. The latest fall in oil prices and drop in the rouble mean the likelihood of a second consecutive year of recession is rising.”

The rouble fell to record lows against the US dollar last week, before regaining some ground as oil prices recovered slightly.

Economy minister Alexei Ulyukayev said he expected the Russian central bank to leave interest rates on hold at 11% when it meets on Friday.

Elvira Nabiullina, the head of the central bank, said last week that authorities had “all the means” needed to keep the economy stable.

Unemployment in Russia was steady at 5.8% in December, meaning that 4.4m people were out of work, and real wages fell by 10%.

Despite the gloomy economic news, fast food giant McDonald’s said on Monday it planned to open more than 60 restaurants in Russia this year.

Khamzat Khasbulatov, chief executive of McDonald’s Russia, said sanctions and the weak rouble had forced the US company to make “serious adjustments” to its business model, but focusing on local suppliers and affordable menus had proved successful.

“We have seen significant growth of our market share as we continued expansion,” he said. “The development of local supply has played a big role in supporting our profitability.”