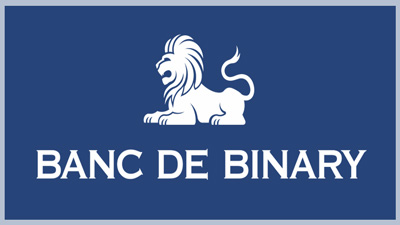 Banc de Binary Ltd., a financial trading company and a sponsor of Liverpool Football Club, has agreed to an $11 million settlement with U.S. authorities over allegations it illegally signed up U.S. investors to its binary options trading platform.

The Cypriot company, which also has operations in Israel and the Seychelles, reached the agreement after being sued in 2013 by the U.S. Securities and Exchange Commission and the Commodity Futures Trading Commission. Details of the agreement appeared in filings this week with a Nevada court.

The authorities allege that Banc de Binary solicited and took orders from U.S. customers on contracts linked to commodity, currency and stock prices between 2011 and 2013, sidestepping a U.S. ban on off-exchange binary option contracts. The company allegedly used the address of a “virtual office” in New York’s Trump Tower on its website and in communications with U.S. customers.

Binary options, offering all or nothing payouts based on price moves, are either legal or unregulated in many other parts of the world. Many of the growing sector’s operators are registered in countries such as the Seychelles and Belize, where there is little transparency around their businesses or ownership.

Under the settlement, which the U.S. authorities have also agreed to, Banc de Binary will pay $7.1 million in disgorgement and restitution, $2 million in civil penalties to the CFTC and $1.95 million in SEC civil penalties. From the money, a $9.05 million fund will be set up to repay harmed U.S. customers of the trading platform. Banc de Binary took net deposits of $11 million from 6,614 U.S. customers, according to the CFTC.

In the court filings, Banc de Binary said it neither admits or denies the CFTC and SEC allegations. A Banc de Binary spokesman on Thursday said: “We look forward to putting this behind us. We thank the U.S. agencies for their professionalism during the course of this matter.”

Banc de Binary’s founder, Oren Laurent, will pay $150,000 as part of the settlement.

Banc de Binary is estimated by industry experts to be one of the world’s largest binary options operators. On its website, it says it has 250,000 account holders in over 80 countries. In September, it signed a sponsorship deal with Liverpool Football Club to be its “official binary options partner” in Europe, Canada, Australia and South Africa. Regulators in Canada and Australia have issued investor warnings against binary options platforms not authorized in those countries, including Banc de Binary. A spokeswoman for Liverpool Football Club didn’t immediately respond to requests for comment.

In Europe, Banc de Binary is regulated by the Cyprus Securities and Exchange Commission, which allows it to offer its products and services throughout the European Union under so-called passporting rules. Some EU countries have, however, sought to put restrictions on binary options trading platforms, which, critics say, are little more than online casinos. The most commonly used binary options contracts typically expire within minutes, and can be for as little as 30 seconds.

Cyprus has taken the lead on regulating the burgeoning industry, although many unlicensed operators continue to offer binary options trading globally. The Cyprus Securities and Exchange Commission has taken a firmer stance toward the companies it oversees as the industry has grown, and last month reached a €350,000 ($386,000) settlement with Banc de Binary over possible violations around customer marketing and checks on client suitability. It was the fourth time in a year that Banc de Binary had been censured by the Cyprus authority.

In a separate lawsuit on Wednesday, the CFTC alleged that a Florida company had illegally channeled deposits from U.S. customers to several offshore binary options trading platforms, including one operated by Banc de Binary. There was no allegation of wrongdoing by Banc de Binary in the complaint.