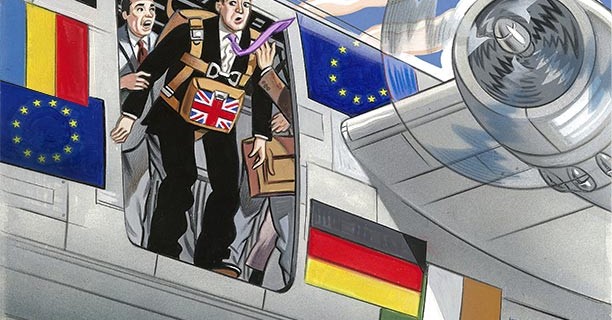 A new report issued by the Treasury has claimed lawyers and other professional services will be worse off if Britain leaves the European Union (EU) because of a reduction in access to the single market.

The 200-page document, titled ‘HM Treasury analysis: the long-term economic impact of EU membership and the alternatives’ which was published earlier this week also estimates that the UK’s GDP would be 6.2% lower and families would be £4,300 worse off.

The report shows lawyers have faced more trade barriers in the EU than any other professional services sector, having more than 140 barriers, with about only 40 still in place upon EU membership.

The Treasury claims that an increase in non-tariff barriers would make trade in the sector more difficult as ‘firms would not have the same rights to operate across borders and would face additional restrictions on their activities’ and that large firms ‘may be able to use alternative but less productive arrangements that are prohibitively expensive for SME’s.’

EU law firms are currently protected under the Services Directive which ensures that professional services firms can establish subsidiaries in other member states or trade across borders without facing discriminatory or unjustified barriers. In addition, The Mutual Recognition of Professional Qualifications system means that a firm’s employees can have their training and qualifications recognised throughout the EU.

The report echos research commissioned by the Law Society last September which found that the legal services sector would be ‘disproportionately disadvantaged’ as a result of complete UK withdrawal from the EU.

The report, which was carried out by Oxford Economics, found that stronger negative effects on the legal services sector are due to its reliance on other sectors which are likely to be adversely affected by Brexit.

The analysis focused on four key drivers underpinning changes in legal services and UK output and employment as a result of UK withdrawal from the EU: trade tariffs on goods; foreign direct investment; net migration and fiscal contributions to the EU budget.