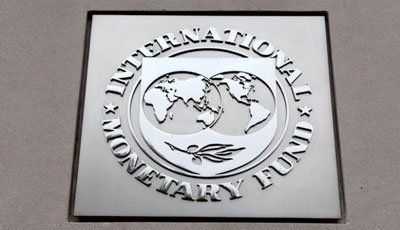 Growth in the Arabian Gulf will slow to 1.8 per cent this year as low oil prices take their toll on budgets, which will lose $140 billion in export revenue this year, the IMF said today.

The growth forecast is lower than the projection in October, when the fund forecast the region would grow 2.8 per cent. The region’s economy grew 3.3 per cent last year.

The region, which lost $390bn in export revenue last year, needs to implement further reforms to sustain fiscal budgets and to defend the currency pegs to the US dollar, the IMF said in its regional economic report. Governments also need to make difficult decisions such as downsizing the public sector in order to tackle widening deficits, which will reach 12.3 per cent of GDP this year, and remain at 7 per cent for the medium term. The fiscal deficit reached 9.9 per cent of GDP last year.

The GCC and Algeria will have a cumulative fiscal deficit of $900bn between this year and 2021, with Bahrain, Oman, and Saudi Arabia becoming major debt issuers over the period.

“Further and substantial deficit-reduction measures will be needed over a number of years to ensure that fiscal positions are sustainable and oil wealth is shared equitably with future generations,” said Masood Ahmed, the IMF’s Middle East and Central Asia Department director.

Reforms that could be implemented include more cuts to energy subsidies, new taxes and more public spending savings.

The region can have 4 per cent of GDP in savings by implementing more efficient public investment and further reducing energy subsidies, the IMF said. Introducing a 5 per cent value-added tax (VAT) could add 1.5 per cent to GDP, the fund added.

Gulf countries began last year implementing reforms as oil prices plunged, raising energy, electricity and water prices, trimming spending and making plans to introduce VAT by 2018. But prices of energy remain low even after the hikes and the public sector payroll is high.

Gulf governments also started last year to draw down reserves, issue domestic debt and withdraw bank deposits to finance their fiscal deficits and this year they are expected to tap the international debt markets.

As the low oil prices hit economies, non-oil growth in the region as well will slow to 3.25 per cent over the next five years, below the 7.75 per cent average between 2006 and 2015.

That’s why governments should focus on boosting non-oil growth through various measures, the IMF said.

The IMF called on Gulf countries to reduce the private-public sector wage gap and entertain unpopular policies in order to deal with the low oil price era.

“An equally important priority is to ensure that the private sector can create enough jobs for a young and growing population, a process that will require deep structural reforms to improve medium-term growth prospects,” said Mr Ahmed.

For example, the region spends twice as much on their public wage bills as other emerging market and developing countries, and nearly 50 per cent more on public investment as a share of GDP, the IMF said in its report.

“Large fiscal adjustment will inevitably entail difficult choices, including rethinking the role and size of the public sector and modifying the social contract,” said the fund.