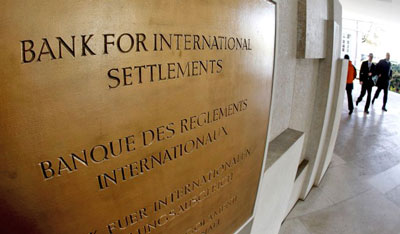 “In a globalised world, the foreign exchange market is one of the most vital parts of the financial plumbing,” said FXWG chairman Guy Debelle, Assistant Governor of the Reserve Bank of Australia.

“One of the guiding principles underpinning our work is that the Code should promote a robust, fair, liquid, open, and transparent market,” he said.

The FXWG was set up in July 2015 and operates under the auspices of the Markets Committee. The group’s membership covers major financial centres in both advanced and emerging market economies, and its work is supported by the private sector Market Participants Group. Read more about the FXWG and its membership.

“This has been a unique opportunity for key participants in the FX industry to work together to develop a code of conduct that will have far-reaching implications across the market,” said David Puth, head of the Market Participants Group and Chief Executive Officer of CLS.

The release was welcomed by central bank Governors from major advanced and emerging market economies and regional foreign exchange committees.

The complete Code and the adherence mechanisms, which aim to promote the integrity and effective functioning of foreign exchange markets, will be released in May 2017.

The Markets Committee, located at the Bank for International Settlements, is a forum for senior central bank officials to jointly monitor developments in financial markets and assess their implications for the market operations of central banks.