The 18 companies that control bitcoin in 2016 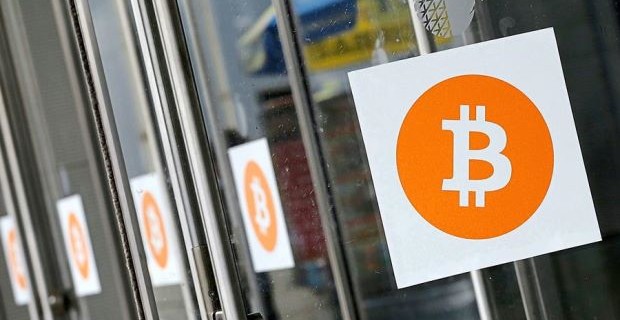 Flashy startups like Coinbase, Circle, Blockchain, and BitPay are some of the most famous companies in bitcoin.

But arguably more important are the miners — individuals and organisations who form the core backbone of bitcoin, ensuring the digital currency’s integrity.

Bitcoin runs on a blockchain, a decentralised and public ledger of every transaction made on the network. By offering processing power towards this, users get a chance to win bitcoin — creating an arms race of miners scrambling to assemble ever-more sophisticated and powerful equipment to “mine” new bitcoin.

This decentralisation has huge benefits, but also comes with new risks: Right now, if just the top three organisations joined forces they would control 51% of the network — giving them the power to rewrite the blockchain as they see fit.

Some individuals go it alone; others join open “pools” where they combine their resources to improve their odds; some larger companies also have mining efforts.

While the #1 spot can change from week to week, we have ranked the biggest mining companies using data covering June 22-29, 2016, using data from bitcoin network analysis company Blocktrail.

This relatively small pool was created in 2011 by programmer Forrest Voight. It claims to be “the most transparent mining pool on the planet” because it distributes all pool data for the public to view. As of September 2014, it had mined more than 78,000 bitcoin (£13.4 million or $20.9 million at current prices).

Eobot is a cloud mining solution that lets users mine bitcoin — and other digital currencies including Ethereum, Litecoin, Dogecoin, Ripple, and more — without owning any of their own hardware. They just pay the company to rent server power.

It launched in 2013, and operates out of Los Angeles, California.

A veteran pool, BitMinter was created in 2011 by Geir Harald Hansen. According to BitcoinWiki, a digital currency wiki, it has servers in the US and in Europe.

Eligius is a North American public pool launched in April 2011. According to CryptoCoinsNews, its operator Luke Dashjr(or “Luke-Jr”) is a Catholic who has previously written religious messages onto the blockchain, the public ledger of all bitcoin transactions.

Saint Eligius, the pool’s namesake, is the patron saint of goldsmiths and coin collectors.

Ghash.io was launched in July 2013 and in 2014 gained some notoriety through its success: In June, it briefly gained control of 51% of the entire bitcoin network. This majority control is arguably the biggest threat to bitcoin, and demonstrates the power of miners when they get too large — it could have rewritten the blockchain however it saw fit, potentially unstabilising the network in the process.

Since then, its hash power has dropped off: It now sits at below 1%. Londoner Jeffrey Smith, the company’s CIO, acts most frequently as its spokesperson. It also operates Cex.io, a bitcoin exchange.

Telco 214 launched back in 1997 as an “international voice communications provider,” according to Bloomberg, with its headquarters in Palm Bay, Florida.According to the Bitcoin Wiki, it is a solo mining operation, rather than a pool.

1hash, a Chinese mining pool, controls a little under 1% of the total network. It has around 1,200 individual miners online at the timing of writing, according to its website.

An “unknown entity” is currently responsible for 2% of the hash power on the bitcoin network. It could be a private organisation quietly building a mining operation, or a public pool that is flying below the radar.

CKPool is a public pool created by an Australian anaesthetist and programmer, Con Kolivas, and bitcoiner “Kano.”

It was launched in September 2014, and for risk-takers, it also offers a “solo” pool. This means that users will pool their resources to find a bitcoin block faster than they would alone — but only the user who discovers the block gets any reward.

This is the standard pool.

KnCMiner is a Swedish mining hardware company. It hasn’t been worth mining bitcoin using standard consumer computer hardware for years because of the kind of processing power involved; the overwhelming majority of ordinary members of public pools will have bought hardware from companies like KnCMiner.

It raised a $15 million (£9.6 million) Series B in February 2015 led by Accel Partners. It boasts its green credentials on its website, and has data centres Sweden, with expansions planned for Iceland and Finland.

HaoBTC is a Beijing-based bitcoin company that offers a wallet for storing the digital currency as well as a traditional mining service with a mine in Kangding, China. It uses its mining operation in a novel way: Paying “interest” to people who hold wallets with them with the bitcoins that it mines.

According to its website, it has “tens of thousands” of users.

In real life, Slush is Marek Palatinus, a programmer from the Czech Republic. The pool is owned by SatoshiLabs, which also runs a number of other digital currency projects.

Unlike some other pools, BitClub Network does not disclose its founders, saying only that it is “run by a team of programmers, digital mining experts and entrepreneurs who have come together with MLM experts from around the world.”

For some users, it works as a cloud mining pool: Users don’t have to own their own hardware, just pay to rent some owned by BitClub. Miners with their own rigs can also join the network, however.

BitFury is the best-funded mining hardware company in the business, raising $20 million (£12.8 million) in July 2015. It was,CoinDesk notes, its third round in two years, and it has now raised $60 million (38.4 million) in total.

The startup is headed up by Valery Vavilov, originally from Latvia. It does not operate a public pool, but has private mines in Finland, Iceland, and the Republic of Georgia. Despite its prominence in the mining industry, Vavilov insists that “we are not a mining company, I don’t like the word mining.”

Instead, he told CoinDesk, “we’re a technology company, but we’re focused on bitcoin now. Our vision in the next three to five years is to move into different areas where computing power is valuable. We plan to expand into other fields of knowledge where humanity needs a lot of computing power.”

A relative newcomer to the scene, BTCC (also known as BTC China) is one of the biggest players around despite only launching at the end of 2014. This growth is down to the fact that BTCC itself is one of China’s largest bitcoin exchanges, and also offers a number of other digital currency solutions.

It was founded in 2011, and is currently led by Bobby Lee, who became CEO afterpurchasing the exchange in 2013.

BW Pool is another Chinese pool. It is owned by digital currency company Bitbank, which was founded by Chandler Guo, according to CoinDesk.

AntPool is run by Bitmain, a Chinese mining hardware company headquartered in Beijing. It boasts that its technology accounts for 56% of global bitcoin miners. It also claims to be the largest cloud miner in the world.

Bitmain was launched in Q1 2013, and co-founder Jihan Wu is the CEO.

Officially known as F2Pool, this Chinese pool is also known as DiscusFish due to its logo — a discus fish. It is operated by Wang Chun and Mao Shihang, “two Chinese technology enthusiasts,” Chun told CoinDesk in September 2014. A spokesperson told Business Insider that the pool owns no hardware itself; 100% of its hash power comes from users.

And finally, here’s the full breakdown, via Blocktrail: