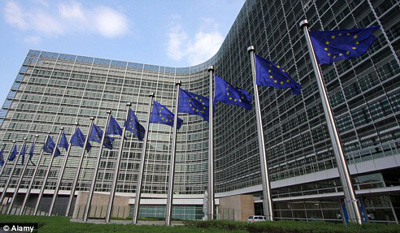 Possible EU sanctions against New Zealand could make travel harder and have a massive effect on the economy.

New Zealand is under investigation by the EU as it prepares a blacklist of global tax havens, Newshub revealed on Monday night.

The grouping of 28 European nations has compiled a list of countries with lax tax laws. Following the release of the so-called Panama Papers, it has confirmed that New Zealand is under investigation.

The EU is our third largest trading partner and worth about $7000 for every person in New Zealand.

The EU loses around NZ$1 trillion to tax havens each year, and it intends to put a stop to the practice by threatening a raft of sanctions against countries that don’t comply to its standards.

New Zealand doesn’t comply, even when the recommendations made by tax expert John Shewan as a result of the Panama Papers are included.

What the EU wants:

There’s a lot of the line for New Zealand: The EU is its third largest trading partner – with around $20 billion worth of exports every year.

The Government’s also just started the ball rolling negotiating a free trade deal with the EU, which is also at risk of being shelved.

The hardline approach comes from European Commissioner for Economic and Financial Affairs Pierre Moscovici who says there are no exceptions.

“Let’s call a spade a spade. Non-cooperative jurisdictions are tax havens. We have to list them through a common EU blacklist and to be ready hit them with appropriate sanctions if they refuse to change.

“When a country is on that sort of list, it already knows that the eyes are on it or her and that media are there, that investigations start and the first motivation of the country is to get out of it,” he says.

MPs from the European Parliament have also cherry-picked New Zealand’s tax laws as problematic, with Michael Theurer saying it wasn’t on the radar until the Panama Papers were leaked.

“New Zealand was not so much under scrutiny. But with the revelation of the Panama Papers, some newspapers and electronic media reported that there are thousands of letterbox companies, and we have to investigate that,” he says.

“I really believe New Zealand will cooperate because it’s a common interest now in the OECD to find a global standard which will stop the most harmful tax practices and create a fair platform for tax competition.”

Revenue Minister Michael Woodhouse says the Government is aware of the investigation but has not received any advice that action is being considered against New Zealand.

“The Government is confident that any objective inquiry will come to the same conclusion that the OECD and the Global Forum on Transparency and Exchange of Information for Tax Purposes did when they reviewed New Zealand’s tax settings and found us to be fully compliant with OECD standards,” says Mr Woodhouse.

“While our tax settings are sound by international standards, the Government was always open to making improvements to New Zealand’s already strong tax settings if that was warranted.

“That’s why the Government has agreed to act on all of the recommendations from the Shewan Inquiry to ensure our disclosure rules are fit for purpose.”

Mr Woodhouse says the Government has been working with the OECD to develop a response to base erosion and profit shifting (BEPS) tax strategies.