China to launch its own digital currency 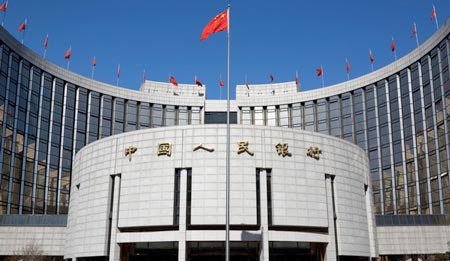 The People’s Bank of China (PBoC) has done trial runs of its prototype cryptocurrency, taking the central bank a step closer to issuing digital money that can be used for all sorts of transactions.

If things go according to plan, the PBoC will become one of the first major central banks to issue digital money, Bloomberg reports.

For users transacting over their smartphones or laptops, a PBoC-backed cryptocurrency probably wouldn’t seem much different to existing payment methods such as Alipay or WeChat.

But for sellers, they would get digital payments directly from the buyer, lowering transaction costs as the middleman is cut out of the process, the report said.

As the central bank builds up its own capabilities in digital money, it is stepping up scrutiny of bitcoin and other private digital tenders.

The PBoC has said earlier that digital currency could trim the costs involved in circulating banknotes, boost economic activities and help curb money-laundering.

“Getting to know more precisely how much banks lend, where the money goes and the pace of credit creation is key to curbing money laundering and making monetary policy more effective,” Duan Xinxing, an executive with OKCoin Co, a Chinese bitcoin exchange, told Bloomberg.

Issuing digital currency will make it easier for the PBoC to monitor risk in the financial system and track transactions, he said.