Deutsche Bank and its UK subsidiary to pay $775 million penalty 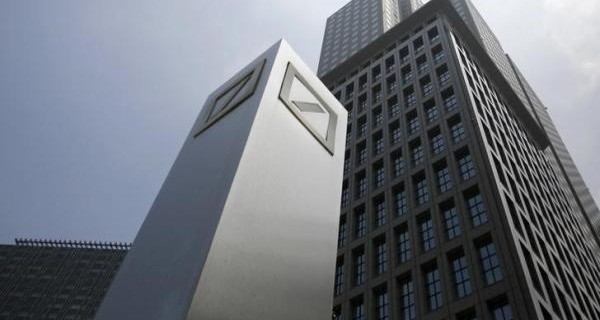 DB Group Services (UK) Limited (DBGS), a wholly owned subsidiary of Deutsche Bank AG (Deutsche Bank), was sentenced today for its role in manipulating London Interbank Offered Rates (LIBOR) for U.S. Dollar and several other currencies.  LIBOR is a leading benchmark used in financial products and transactions around the world.

DBGS was sentenced by U.S. District Judge Stefan R. Underhill of the District of Connecticut. DBGS pleaded guilty on April 23, 2015, to one count of wire fraud for its role in manipulating LIBOR benchmark interest rates. DBGS signed a plea agreement with the government in which it admitted its criminal conduct and agreed to pay a $150 million fine, which the court accepted in imposing today’s sentence.  In addition, Deutsche Bank, the Frankfurt, Germany-based parent company of DBGS, entered into a deferred prosecution agreement (DPA) with the Justice Department requiring Deutsche Bank to pay an additional $625 million criminal penalty, to admit and accept responsibility for its misconduct and to continue cooperating with the Justice Department in its ongoing investigation.  The DPA also requires Deutsche Bank to retain a corporate monitor for three years.

According to the plea agreement, from at least 2003 through early 2010, numerous Deutsche Bank derivatives traders – whose compensation was directly connected to their success in trading financial products tied to LIBOR – engaged in efforts, many times in conjunction with other banks, to move these benchmark rates in a direction favorable to their trading positions.  Specifically, the derivatives traders requested that LIBOR submitters at Deutsche Bank and other banks submit contributions favorable to trading positions, rather than the accurate rates that complied with the definition of LIBOR.  Through these schemes, Deutsche Bank defrauded counterparties who were unaware of the manipulation.  Deutsche Bank admitted that its fraudulent LIBOR submissions did, in fact, affect the resulting LIBOR fix on multiple occasions.

The investigation leading to these cases has required, and has greatly benefited from, a diligent and wide-ranging cooperative effort among various enforcement agencies both in the United States and abroad.  The Justice Department acknowledges and expresses its deep appreciation for this assistance. In particular, the CFTC’s Division of Enforcement referred this matter to the Justice Department and, along with the FCA, has played a major role in the investigation.  The Justice Department is also grateful for the Securities and Exchange Commission’s significant role in the LIBOR investigation, as well as the United Kingdom’s Serious Fraud Office for its assistance and ongoing cooperation.