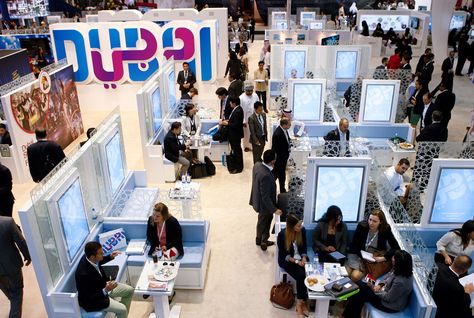 Gulf states are spending billions of dollars creating ambitious strategies to attract visitors as tourism becomes a stronger plank of their economies. This week’s Arabian Travel Market in Dubai will show the changing face of the industry as entertainment and mid-market hotels become more attractive.

The centre of the Gulf’s tourism industry is shifting. Geographically, attention is moving from Dubai to Saudi Arabia, where hoteliers are lining up to sign deals and entertainment producers are finally being welcomed with open arms. Meanwhile, developers are loosening their fixation on luxury and seeing greater value in mid-market accommodation.

The drying up of oil revenues has encouraged all of the six GCC countries to develop more enthusiastic tourism strategies.

Saudi Arabia’s plans are the most vigorous. Its Vision 2030 document lists tourism as one of the seven pillars of the kingdom’s economy under its diversification strategy. While the kingdom receives 8 million Muslim pilgrims annually, it wants non-religious visitor numbers to rise from 200,000 to 1.5 million by 2030.

Religious tourism will continue to play a key role but the spotlight is also turning on domestic tourism. With 30 million residents, Saudi Arabia has the second largest population in the Arab world, but the vast majority of people travel outside the kingdom, not within.

Saudi Arabia ranks among the top 20 countries for overseas tourism spend — exceeding $21bn in 2014 — according to the World Bank.

Simply announcing the intention to boost domestic tourism has already seen a spike in Saudis moving around the kingdom, indicating the current pent up demand. The Euromonitor International Tourism Forecast report, prepared ahead of the Hotel Show Saudi Arabia in March, said domestic vacations were expected to rise by a whopping 40 percent by 2020 compared to 2015.

The Commission for Tourism and National Heritage said in March it had allocated $105m to lend to hospitality and tourism projects this year as part of its efforts to support growth in the sector. The commission has received 40 requests for funding from investors working on hotel and tourism projects.

Saudi Arabia has the most hotel rooms under construction in the Middle East and North Africa, with 36,742 keys in 85 projects, according to analysts STR Global. Comparatively, the UAE, which already has 134,434 rooms, has 28,898 keys in 99 projects on the go.

With so much potential, international developers are scrambling to be a part of the kingdom’s tourism boom.

Much of the focus is in the two holy cities of Makkah and Madinah, where millions of pilgrims descend for Haj and Umrah. Among the dozens of new hotels being built there, Abraj Kudai is expected to be the largest, with 10,000 rooms, when it opens later this year.

Marriott International, the world’s largest hotel operator, has more than 10,000 rooms in 30 hotels in its Saudi pipeline. The company’s Middle East and Africa head, Alex Kyriakidis, says the massive redevelopment of the holy cities was particularly attractive to hoteliers and investors.

“There is a massive bright light for us as operators in being part of that future strategy and the future success story of the holy cities and pilgrimage to the kingdom,” Kyriakidis says.

“We’re honing in on that market and we’re working with some of the biggest developers in the kingdom.”

The government also revealed this month that it would build a mega cultural, sports and entertainment project on the outskirts of the capital of Riyadh, including a Six Flags theme park. Mall developers, including Arabian Centres, are also including cinemas in the designs of their future shopping centres on the belief that authorities will soon remove a ban.

But until these entertainment projects are available, Saudis continue to play a significant role in tourism elsewhere in the GCC. While the strong US dollar and subdued global economy has stifled visitor numbers from such key locations as the UK, Europe and Russia, Saudis are now the number one nationality visiting Dubai.

The emirate, which has never directly relied on oil and gas, already has a well-established tourism sector, but it continues to have ambitious targets to reach 20 million visitors by 2020, when it will also host the World Expo.

While during the past few decades the focus has been on grandiose resorts and world-record projects, developers are now filling in the gaps, offering far more family-friendly attractions and mid-market accommodations. The increased supply in the lower tiers has attributed to a decline in average daily rates across the UAE, but hoteliers insist the $200-plus figures, as well as occupancy rates well above 80 percent, are still exceptionally healthy.

A fair chunk of Dubai’s tourism has relied on shoppers, and Colliers International this month claimed hotels in and around shopping malls could expect average daily rates 25 percent higher than other properties.

Retail accounts for more than 40 percent of total tourism spending in Dubai, according to Colliers International. The number of shopping malls and entertainment centres exhibiting at this week’s Arabian Travel Market has also grown to more than 400.

Other Gulf states also are using entertainment and shopping to lure tourists. This month, Omani developer Al Raid Group started building a $158.55m shopping mall that would resemble the Westfield centre in London. Muscat Palm Mall is due to be completed this year with an aquarium, indoor snow park and cinemas, and the under-construction Al Araimi Boulevard Mall will include dedicated kids’ zone, hypermarket, fashion brands and food and beverages (F&B) outlets.

Saudi Arabia has several mega-malls on the way. The first is Mall of Arabia, with a gross leasable area (GLA) of 167,000 sq m, due to open next year. Just the first phase of Mall of Saudi, due to open in 2022, will have a GLA of 300,000 sq m, including indoor ski facilities.

Major events are also likely to drive tourism in the region. In Qatar, which is set to invest up to $45bn in new developments under the National Tourism Sector Strategy 2030, about $2.3bn will be spent on facilities specifically for the 2022 World Cup, including about eight stadiums (it is still confirming the final number).

The country revealed last month it wants to increase visitor numbers from about 3 million a year now to 10 million by 2030, generating $17.8bn in tourism receipts — or 5.2 percent of its gross domestic product, and creating 98,000 jobs.

Its goal to reach a total of 63,000 hotel rooms would represent a 69 percent increase on today’s 23,000 rooms, with another 15,956 rooms under contract, according to the Qatar Tourism Authority (QTA).

In September, the government eased visa requirements for passengers travelling via Hamad International Airport in a bid to entice some of them to venture into Doha. Travellers with a minimum transit time of five hours are allowed to remain in Qatar for up to four days without prior approval. Previously, it was a minimum layover of eight hours to spend a maximum of two days in the Gulf country.

Its northern neighbour Kuwait is attempting to get its tourism on track with $1bn worth of investment in Madinat Al Hareer and Silk City, a proposed mega-development in the country’s north; the expansion of Kuwait International Airport to accommodate 25 million passengers by 2025; and cultural attractions such as Sheikh Saad Al Abdullah Islamic Centre.

But the country’s tourism goals are less ambitious than its neighbours. The World Travel and Tourism Council (WTTC) estimates tourism investment in Kuwait will rise just 1.5 percent per annum over the next ten years to $445m annually in 2027. The country aims to attract 440,000 visitors a year by 2024.

In 2016, corporate travellers made up 70 percent of Kuwait’s visitors, with leisure travellers accounting for only 6 percent, according to Colliers. Its high reliance on business travellers saw the industry suffer a downturn last year amid a subdued economy. Hotel occupancy declined 6 percent and the average daily rate fell 2.3 percent, while business spending dropped 2.4 percent, Colliers said.

Kuwait’s hotel occupancy remains relatively low compared to the rest of the region, hovering around 50 percent depending on the month. An 8 percent increase in February, to 54.6 percent, was helped by Hala February festivals, which included shopping and nightly celebrations, according to financial services firm EY.

Bahrain’s tourism also is lagging behind some of its neighbours. The recent appointment of Peter Cook, who played a key role in the development of tourism in Dubai and Oman, as CEO of Atbahrain and the opening of seven promotional offices in key source markets are expected to see some momentum.

Cook has been tasked with taking Bahrain’s tourism revenues to $1bn by 2020. Inbound traffic grew by 8.4 percent during the third quarter of 2016, the most recent data available, the Bahrain Tourism and Exhibition Authority said. It expects 15.8 million annual visitors by 2018, representing an increase of 36.2 percent.

The GCC tourism sector also is contending with the global trend of online booking ‘disruptors’. One of the region’s biggest players, Al Tayyer Travel Group, has backed start-up Tajawal.com, which launched in January 2016, illustrating how traditional travel companies are feeling the need to venture into the digital space.

“We managed to close our first financial year with over $100m in sales, clear proof of how we have in fact disrupted the market and attracted hundreds of thousands of travellers with our website,” he says.

“Our research shows that especially in markets such as Saudi Arabia, where the rise of online travel bookings is evident, people are not only booking online more frequently, but in fact many of them are doing it for the first time, having converted from offline to online.”

The topic is expected to be a key discussion at this week’s Arabian Travel Market, the largest gathering of the tourism industry in the Arab world, to be held in Dubai.

With economic diversification among the GCC states’ top priorities, the tourism industry will play a vital role in making this move a reality.