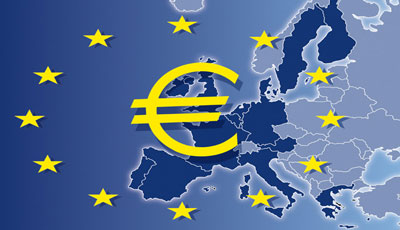 Economic growth in the eurozone this year should be a bit better than previously forecast according to the latest outlook unveiled by EU Economic and Financial Affairs Commissioner Pierre Moscovici.

Gross domestic product for the 19-country bloc is expected to expand by 1.7 percent this year and 1.8 percent in 2018, the EU executive said.

That was a slight increase from its previous estimate for eurozone growth of 1.6 percent this year. The 2018 forecast was left unchanged.

And the experts at the European Commission still see low inflation despite the attempts by the European Central Bank to boost it. It is forecast to slow to 1.3 percent next year from a downwardly revised 1.6 percent this year.

Moscovici told Euronews Macron’s ideas mirror his own for boosting growth: “Having a fiscal capacity, a budget for Europe in order to invest more and to protect from unemployment, having a finance minister for the eurozone. These proposals are made in order to strengthen the eurozone, to reduce divergencies and to have a stronger capacity to create jobs and growth.”

He said Macron’s support makes it more likely the proposals will become reality, but he warned: “I know that there will be a strong fight, that there are a lot of stakeholders to be persuaded.”

Greek growth not as strong

Greece’s growth was cut to 2.1 percent this year from the 2.7 percent forecast three months ago, because of uncertainty caused by delays in its bailout programme.

Moscovici explained: “The Greek economy is very dependent on delays or progress in the programme. We need now to conclude the review, to get a very ambitious and strong agreement so that the Greek economy now has time and confidence – recovers time, recovers confidence – so that investment can come back, growth can move on and jobs can be created.”

The Commission’s forecasts, published three times a year, predict all eurozone countries will grow this year and next, with Germany, the bloc’s largest economy, accelerating to 1.9 percent in 2018, and Spain and Portugal expanding much more than previously expected.

“It is good news too that the high uncertainty that has characterised the past 12 months may be starting to ease,” he said.

In a further sign of a healthier economy, eurozone unemployment is expected to go down to 9.4 percent this year from 10.0 percent in 2016, before falling further in 2018 to 8.9 percent, a bigger drop than previously estimated.

If confirmed, the 2018 figure would be the lowest since the beginning of 2009, although the rate of people without jobs will remain well above the average in Italy, Spain, Cyprus and Greece, where it is projected at 21.6 percent in 2018.