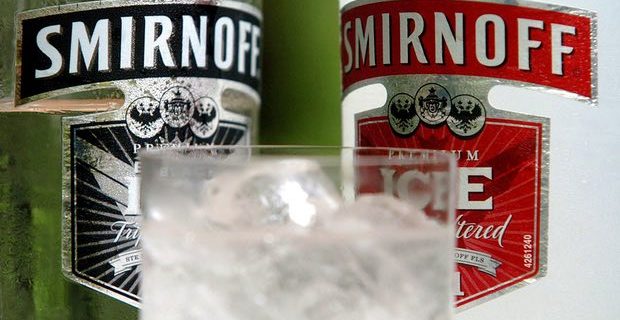 Diageo, the drinks company behind Johnnie Walker, Smirnoff and Guinness, is to pay HMRC £107m under the “Google tax” crackdown aimed at multinationals.

The firm said it would challenge the assessments from HMRC when they are received in the next 30 days. “Diageo does not believe that it falls within the scope of the new diverted profits tax regime,” it said in a statement.

The dispute relates to profits that have been moved between the UK and the Netherlands, where Diageo employs 220 people. Diageo said it would have to pay the full amount up front and would then work to resolve the matter with HMRC over the next 12 months. A resolution is not expected until the third quarter of next year. The firm will not make a provision to cover the payment.

The multinational tax legislation was introduced by the former chancellor, George Osborne, and came into law in April 2015. It imposes a 25% charge on taxable profits that have been diverted from the UK and was swiftly dubbed the Google tax, although Osborne did not mention the internet search giant by name when he announced the new regime.

However, the rule acquired its moniker following a furore over the tech firm’s tax arrangements, which saw it divert its UK revenues through its European headquarters in Ireland.

Diageo paid overall tax, in multiple countries including the UK, of £466m last year on pre-tax profits of £2.9bn.

The UK tax charge last year was £95m, but Diageo may have paid less if one-off items were deducted. It did not disclose the actual tax paid.

There has been a clampdown on tax avoidance by multinationals in Europe by national governments and the EU commission, the executive arm of the European Union.

Last year Google agreed a deal with the British tax authorities to pay £130m in back taxes and increase its future tax burden. But the tax deal was criticised by parliament’s public spending watchdog for being secretive and “disproportionately small when compared with the size of Google’s business in the UK”.

Osborne described the Google tax deal as a “major success”, but was accused of being too soft on multinationals and the agreement has drawn close attention from Brussels.

The European commission ordered Apple to pay a record €13bn (£11bn) in back taxes to Ireland last August, after a three-year investigation into Apple’s complex tax dealings. European competition commissioner Margrethe Vestager said a sweetheart tax deal between Apple and the Irish tax authorities amounted to illegal state aid. Apple and Ireland said they would challenge the ruling.

A week ago, Google reached a tax settlement in Italy, when it agreed to pay €306m in back taxes. Italy has aggressively pursued tech giants, and struck a deal with Apple in late 2015 whereby the company would pay €318m in back taxes.