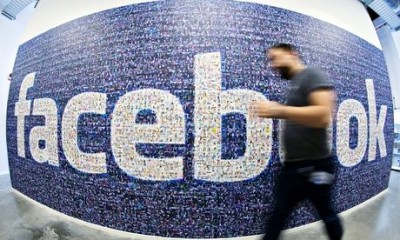 Facebook suffered a setback on Tuesday over how it uses the reams of information it collects about users worldwide, after two European privacy watchdogs said that the social network’s practices broke their countries’ data protection rules.

The announcement by Dutch and French authorities was part of a growing pushback across the European Union about how Facebook collects data on the bloc’s roughly 500 million residents. Some European governments, notably in Germany, are considering hefty fines against the company and other social media giants if they fail to crack down on hate speech and misinformation on their networks.

As part of their separate announcements on Tuesday, the Dutch and French officials said that Facebook had not provided people in their countries with sufficient control over how their details are used. They said that the social network had collected digital information on Facebook users as well as nonusers on third-party websites without their knowledge.

The French regulator, the Commission Nationale de l’Informatique et des Libertés, or CNIL, said that it had fined Facebook 150,000 euros, or about $164,000, for failing to meet France’s data protection rules. The CNIL chairwoman, Isabelle Falque-Pierrotin, also leads a Pan-European group of privacy officials. The fine represents a relatively small amount for Facebook, which generates tens of billions of dollars a year in online advertising. The Dutch authority, which could still reach a settlement with Facebook, did not impose a financial penalty.

“Facebook proceeded to a massive compilation of personal data of internet users in order to display targeted advertising,” the French watchdog said in an emailed statement on Tuesday. “It has also been noticed that Facebook collected data on browsing activity of internet users on third-party websites without their knowledge.”

Despite the financial penalty, the agency has not ordered Facebook to alter how it handles data on people in France who use the service.

Facebook said that it was complying with European data protection rules, which are among the most stringent in the world. The company added that it had simplified its online privacy tools in recent years to give people more control over how their data was used.

“Facebook has long complied with E.U. data protection law through our establishment in Ireland,” Lena Pietsch, a Facebook spokeswoman, said in a statement, referring to the company’s international headquarters in Dublin. “We remain open to continuing to discuss these issues with the CNIL.”

Facebook, which said it had not decided whether to appeal the most recent data protection rulings, has battled Europe’s privacy laws before. Last year, the company won on appeal a case, brought by the authorities in Belgium, alleging that the social network had been collecting too much data on users in the country.