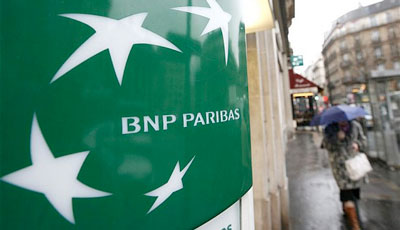 Financial Services Superintendent Maria T. Vullo announced that BNP Paribas S.A. (BNPP) and its New York branch will pay a $350 million fine as part of a consent order entered into with the New York State Department of Financial Services (DFS) for significant, long-term violations of New York banking law arising out of the Bank’s global foreign-exchange business. The violations announced today include major deficiencies in the Bank’s oversight that allowed nearly unfettered misconduct by more than a dozen BNPP traders and salespeople.

“Participants in the foreign exchange market rely on a transparent and fair market to ensure competitive prices for their trades for all participants,” said Superintendent Vullo. “Here the Bank paid little or no attention to the supervision of its foreign exchange trading business, allowing BNPP traders and others to violate New York State law over the course of many years and repeatedly abused the trust of their customers. DFS appreciates the Bank’s cooperation in resolving this matter and for the remedial measures taken to address some of the misconduct arising within the Bank’s FX Trading Business in connection with our investigation.”

Under the DFS consent order, BNPP will submit plans to improve senior management oversight of the company’s compliance with New York State laws and regulations relating to the company’s foreign exchange trading business. The Bank will also enhance internal controls and risk management, and improve its compliance risk management program with regard to compliance by BNPP with New York laws and regulations with respect to its foreign-exchange trading business across the firm. The Bank also has taken disciplinary action against a number of employees involved in the misconduct, including firing several employees, and has agreed not to re-employ such employees in the future.

DFS’ investigation found the improper conduct at BNPP that included collusive activity by foreign exchange traders to manipulate foreign exchange currency prices and foreign exchange benchmark rates; executing fake trades to influence the exchange rates of emerging market currencies; and improperly sharing confidential customer information with traders at other large banks. As part of the DFS consent order, the company has agreed to improve senior management oversight of the company’s compliance with New York State laws and regulations, and its own internal policies and procedures relating to its foreign exchange trading business.

The subject misconduct, which lasted from 2007 to 2013, involved at least a dozen BNPP employees in New York and other key foreign exchange trading hubs, including London and Tokyo, all of whom have either been terminated, resigned or otherwise disciplined. DFS’s investigation found that for many years, a number of foreign exchange traders participated in multi-party chat rooms where they engaged in a variety of misconduct, including:

The DFS investigation found that a trader then located in BNPP’s New York branch employed a variety of schemes to manipulate prices and spreads in several currencies, including the South African rand, Hungarian forint and Turkish lira. The trader explicitly labeled the group a “cartel,” in his chats, and called the group of traders that were colluding with him to manipulate the price of the South African rand, “ZAR Domination,” after the rand’s trading symbol, which is “Zar.” One of the strategies employed by “ZAR Domination” involved pushing the rand’s price up during New York trading hours, when trading was less liquid, and thereby to depress competition by widening the currency’s spread to increase the Bank’s profitability.

The BNPP trader involved in manipulating rand prices also partnered with colleagues at other large banks to influence foreign exchange rates by conducting fake trades during the overnight hours of the currencies’ local time zones that caused the prices to spike upward or downward. In many instances, these trades were unwound or canceled within seconds of being placed.

BNPP traders also improperly exchanged confidential customer with traders at other banks, again in chat rooms, to unfairly profit at these customers’ expense. For example, traders adjusted their own prices in light of the extra information gleaned from their supposed competitors about the prices they were offering customers.

DFS’ investigation also uncovered efforts by BNPP traders to conceal information. For example, one BNPP trader on the Bank’s Tokyo trading desk joined with seven other traders located at various global banks and corporations to improperly share customer information in the trading of yen. This illicit group developed an elaborate codebook, called “We Reign,” to share information secretly. To further avoid detection, group members went so far as to use their personal e-mail to distribute the secret codebook.

Finally, the DFS investigation also discovered that the firm’s “last look” functionality in its electronic trading system trade acceptance process improperly disadvantaged customers, without sufficiently disclosing to them how the Bank’s electronic trading was conducted.

Through its affiliates and subsidiaries, BNP Paribas, headquartered in Paris, France, does business in at least 75 countries. BNPP operates in the United States through its BNP Paribas S.A., New York branch, which is supervised and regulated by the Department of Financial Services as a licensed foreign bank branch in New York State.