Ryanair set to turn away from UK as Brexit looms 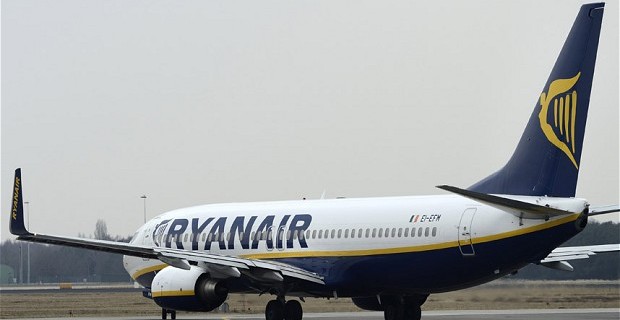 Ryanair has said this morning that a hard Brexit will significantly disrupt flights between the UK and the EU and that it plans to move its focus elsewhere as it grows its business over the next two years.

Revenues were up two per cent to €6.6bn.

Traffic on Ryanair flights grew 13 per cent to 120m customers. Unit costs fell by 11 per cent.

Airlines have been under significant pressure over the past year, facing headwinds from the fall in sterling after the June Brexit vote, and passengers turning away from holidays to countries they see as a security threat.

Many airlines have blamed these external factors for their poor performance, but Ryanair gave a confident update with its figures today, saying it had responded to challenges by cutting its prices and improving its customer experience.

However, in an uncompromising statement this morning, the airline said the lack of information on what Brexit will look like is forcing it to turn away from the UK and search for growth opportunities elsewhere. The firm is worried the UK will opt for a hard Brexit, and said this will impact people’s ability to travel between the UK and Europe.

In its Brexit rant this morning, Ryanair said a “hard” Brexit will cause “significant disruption to UK/EU flights” for months after March 2019.

“In absence of such certainty, or direction, we will continue to pivot our growth away from the UK in 2017 and 2018 to capitalise on the many growth opportunities in Europe,” Ryanair said.

“We have contingency plans and will adapt to changed circumstances in the best interests of our customers.”