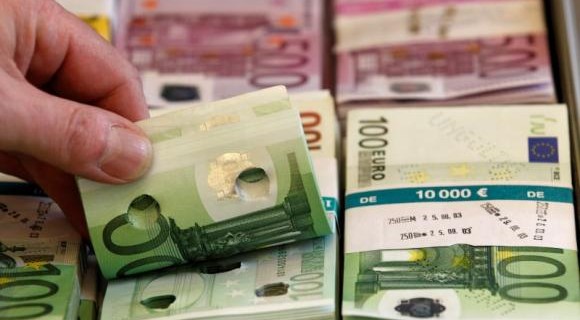 The world’s largest foreign exchange dealer, Citi, have dug into their data and found that the Euro’s strong run higher could be about to be tested.

Flow analysis from the bank shows hedge funds are starting to take profit on the Euro’s rally, which “could be an early sign of turning point,” says Scott Dingman at Citi.

Citi monitor sentiment amongst both real money investors – people that actually need to transact for real-life reasons – and speculators.

Hedge funds speculate on currencies using leveraged accounts – i.e they stand to make greater profits and losses on a currency than their initial investments suggest thanks to the ‘leverage’ granted by their trading provider.

Importantly though, “leveraged account flow clearly has a relatively strong correlation with the EUR return,” says Dingman. “Up until last week, hedge funds had been strong buyers of EUR. In particularly, these investors have been buying while our real money clients have been net sellers.”

“Last week saw net EUR selling by fast money much of it likely taking profit which could be an early sign of turning point. In addition, going into the ECB press conference on Thursday, these clients will likely have long EUR exposure so any dovish signals could lead to a sell-off,” says Dingman.

So what does this tell us about the Euro’s rally?

In short, this is one hint that maybe the trend might be entering its final phases, in the short-term at least.

However those with an eye on the Pound, it is worth noting that Citi have also observed ‘real money’ has begun selling Sterling.

“Much of the drop in GBP towards the end of last week was driven by net selling from our real money clients. This followed almost a month of inflows from these investors, driving sterling appreciation during the period,” says Dingman.

Could it be that the strong run in GBP/USD is also looking overstretched, much like EUR/USD?
Perhaps.

“Even while GBP did see some buying from hedge funds, any continued loss of support from real money will put pressure on the currency,” says Dingman.

In addition, Citi’s Access managed-account platform shows that funds are the most short GBP since January.