Aussie Is Slowing Down After It Touched a Two-Year High

The Australian dollar has been one of the worst-performing currencies early on Wednesday. Aussie has been depreciated during the Asian session yesterday as the CPI report released by the Reserve Bank of Australia fell short of market forecasts. The inflation rate eased to 1.9% in Q2 2017, lower than 2.1% in the previous quarter. Meanwhile, the market was expecting the consumer prices to have risen at a quicker pace of 2.2%. The slowdown is attributed to the decrease of housing costs and transport. On a quarterly basis, consumer prices increased 0.2%, the lowest since Q1 2016. 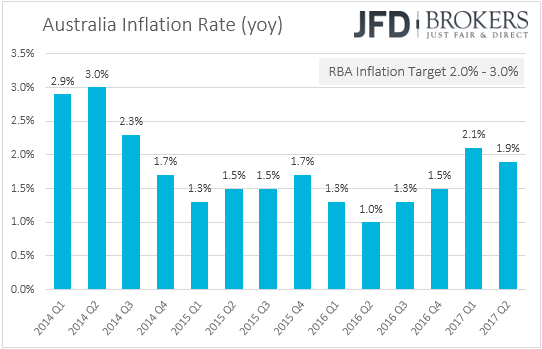 RBA Governor Phil Lowe gave a public speech after inflation miss but failed to boost the currency. Lowe underlined that there is no to follow the tightening actions of other banks, and that the central bank is not seeking methods to stimulate inflation, as that carries financial stability risks. He added that the stable labour market allows RBA to be patient with inflation and stick to their initial plan for gradual rise. Even though the central bank’s chief expressed his optimism for the employment sector, he mentioned that wage growth is at the slowest levels it has been in many decades.

AUD/USD Is Pausing After the Aggressive Buying Interest

The Australian dollar is completing a negative week, snapping two winning sessions against the U.S. dollar. The AUD/USD pair added more than 6% since last month and is printing a bearish session. During the last week, the commodity currency pair posted a fresh two-year high at 0.7988, which overlaps with the 200-month SMA and the 200-week SMA. The aforementioned levels seem to be significant obstacles for the traders and we are forecasting a downward correction until the 0.7780 support handle. On the other hand, a run above the 0.7988 – 0.8010 area will open the door for the 0.8170 resistance level. It is important to refer that the price struggled within the 0.7875 – 0.7988 strong levels.

On the daily timeframe, the technical indicators lost their strong upward momentum. The RSI indicator slipped below the 70 level, following the rebound on the overbought zone, indicating a decline. Moreover, the MACD oscillator is in progress to record a bearish crossover with its trigger line, while it is still holding in the positive territory. 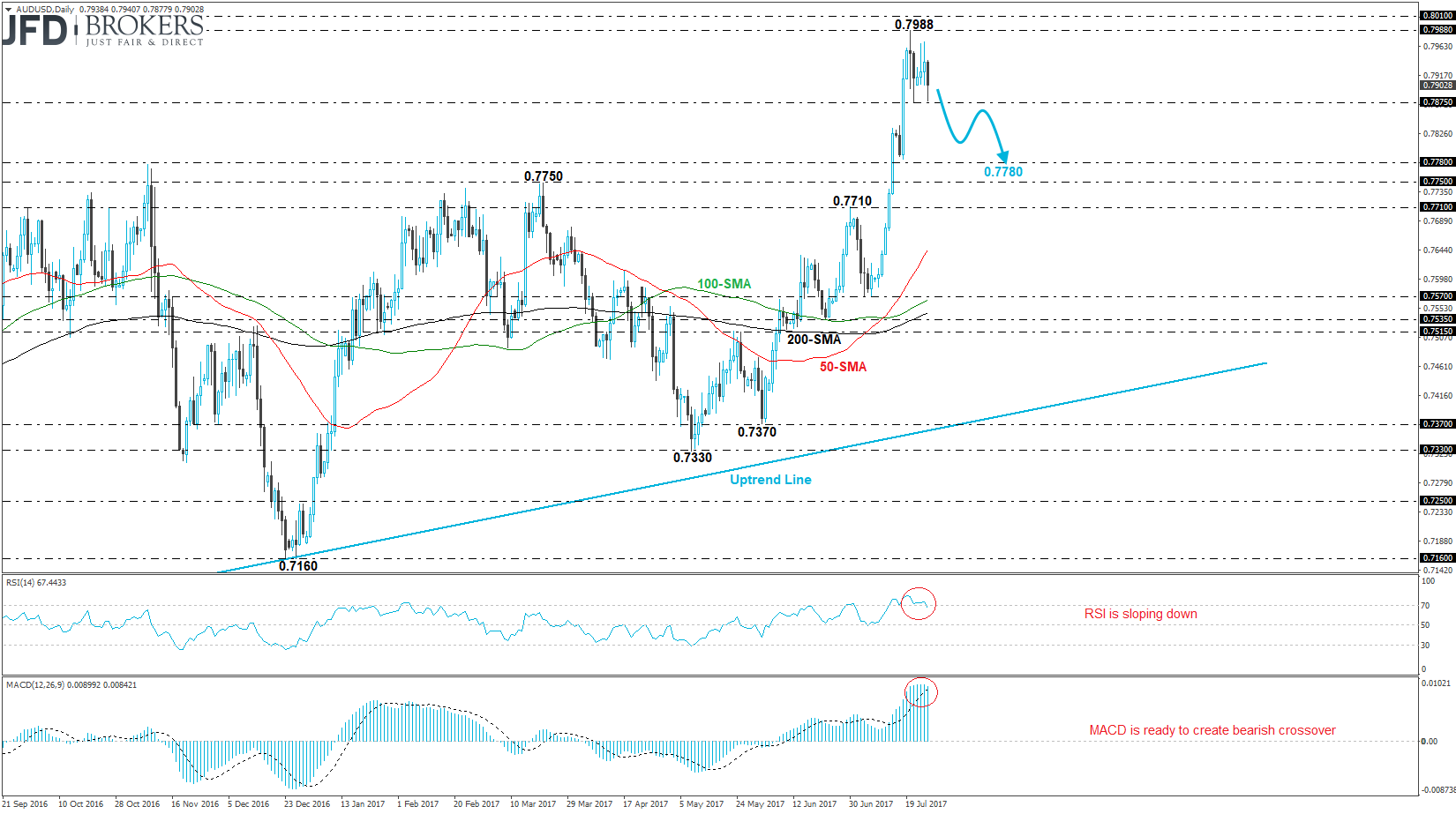