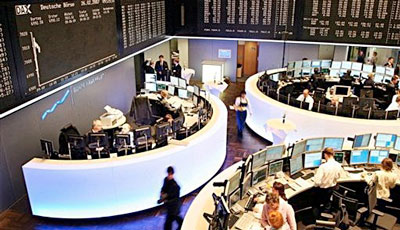 European stocks are expected to higher Friday ahead of a key employment report from the United States that could set the tone for interest rate hikes and market direction into the final months of the year.

Germany’s DAX performance index is called around 0.26% higher by financial bookmakers IG, with markets in Switzerland and France also slated for cautious gains in what is expected to be a quiet session prior to the August non-farm payroll report from the U.S. Labor Department at 13:30 London time. Britain’s FTSE 100 is called to open little-changed from its Thursday close thanks to softer crude prices.

Overnight in Asia, stocks took a bullish cue from Wall Street but failed to follow-though with significant gains on the first trading day of the month despite another solid ready of economic activity from China, where the Caixin PMI index showed growth accelerating to the fastest pace in 6 months.

A modestly weaker U.S. dollar, however, which gave back some of its recent gains after a slower-than-expected reading of the U.S. Federal Reserve’s preferred inflation gauge — the core personal consumption expenditures index — and only modest gains for consumer spending.

The region-wide MSCI Asia ex-Japan index, the broadest measure of share prices, was marked 0.06% higher by 06:45 London time while the benchmark Nikkei 225 was looking to edge around 0.2% higher into the close of trading.

Global oil prices reversed some of Thursday’s gains in late Asia trading, taking around 0.57% from West Texas Intermediate crude futures for October delivery, which were changing hands at $46.96 each at the start of European trading. Brent contracts for November, the new global benchmark, were seen at $52.64 each, around 0.2% lower from Thursday’s close.

Wall Street is looking at modest gains to start the session, with the Dow Jones Industrial Average expected to open 0.1% higher, but much will depend on the detail in the August employment report, the last reading of the U.S. labor market prior to the Federal Reserve’s two-day rate setting meeting which begins on Sept. 19.