More Than €10 Billion Traded on Bats LIS Since Launch 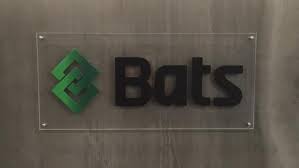 Bats Europe, a CBOE Holdings, Inc. company and the region’s largest equities exchange operator, today reported that more than €10 billion has executed on Bats LIS, its block trading platform powered by BIDS technology, since its launch less than 10 months ago.

Bats LIS is also on track for another record month of volume with average daily volume through Friday, 22 September topping €111 million, a 61% increase over last month, while average trade size is €966,000. Bats has on-boarded more than 100 buy-side firms to Bats LIS in the last six months and more than a dozen sell-side firms are also connected to the platform.

Mark Hemsley, President of Europe for CBOE, said: “As we head into the final quarter before MiFID II comes into effect in January, we expect to see firms start adjusting their trading strategies to accommodate the new regulation. With the double volume caps on the dark pools and the broker-crossing networks closing, we expect that we will continue to see strong interest in Bats LIS. Together with BIDS we’ve created a simple and easy-to-use platform with a distinct mix of liquidity, which has really resonated with the market, particularly buy-side firms.”

Bats LIS is a Large In Scale indication of interest (IOI) negotiation and execution platform that allows market participants to negotiate large blocks in European equities without revealing their intentions to the wider market. Bats LIS combines buy-side and sell-side flow from both European and U.S. market participants, which helps increase the potential for a trade. Bats LIS allows buy-side firms to control their IOI disclosure and interaction until the IOI negotiation has been completed, at which point firms select a designated broker to execute the order on exchange.