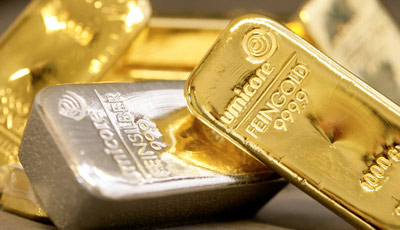 This has been a uniquely boring stretch for gold and silver – especially considering all the things going on in the world that ought to light a fire under precious metals. In just the past few weeks, the US started a global trade war, Italy elected a populist government, emerging markets descended into yet another crisis, and inflation has risen from the dead – all of which would be expected to spook normal financial markets and send capital pouring into safe havens. But not this time, which leaves precious metals under the control of seasonal factors that have over the years generated the “sell in May and go away” rule-of-thumb.

So when do the summer doldrums end? Based on recent history, December is a pretty good bet. The arrows on the following chart mark the beginning of each year since 2014. Note how gold’s price frequently starts moving up either then or a few weeks before, in early December. This seasonal strength is due to Asian buying in anticipation of weddings and harvests, and though you’d think traders would anticipate – and therefore cancel – the cycle’s impact, it still seems to operate. 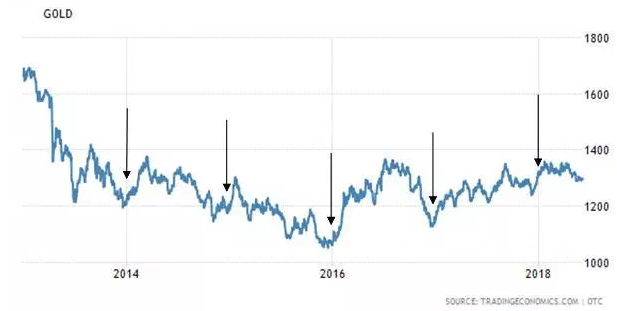 Prior to 2014 the pattern was slightly different. Here’s a chart from Casey Research showing gold’s average performance for each month between 1975 and 2013. September was by far the best month to buy, with January the second best, implying a eight-month window beginning in July in which buying was rewarded with at least short-term gains.

If the second pattern re-emerges, then we really don’t have long to wait at all. Maybe one more month and at most three, and gold bugs can start having fun again.

As always, though, deciding when to buy precious metals is just the first in a series of challenges. Choosing the right dealer is paramount (see here for a list of reputable ones), followed by whether to take delivery and store the metal at home or seek secure vault storage for gold and silver.

And then there’s the bullion vs mining stock question. The former is money which will hold its value over long periods of time (thus preserving your purchasing power) while the latter are investments that can rise by multiples of their original cost or disappear without a trace. Jay Taylor’s newsletter is a good source for intelligence on the explorers, the riskiest and potentially most profitable segment of the mining market.