US dollar drifted lower against its most major counterparts 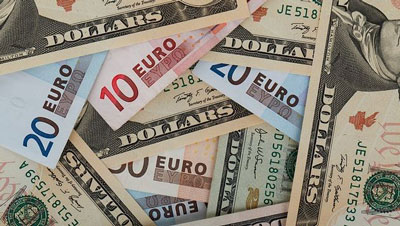 The US dollar drifted lower against its most major counterparts in the European session on Thursday, with political uncertainty in the US and global economic growth worries denting sentiment.

With the shutdown entering the sixth day on Thursday, President Donald Trump and congressional Democrats remained deadlocked over funding for Mexican border wall.

Trump retained its harder stance, saying that he’ll do “whatever it takes” to get money for border security.

With no deal in sight, no House votes have been scheduled for Thursday, indicating that the shutdown would continue for another day.

Worries that the US and China may not agree on a long term trade deal anytime in the foreseeable future also weighed on sentiment.

Data from the Labor Department showed a slight drop in first-time claims for US unemployment benefits in the week ended December 22.

Economists had expected jobless claims to inch up to 217,000 from the 214,000 originally reported for the previous week.

The currency has been trading in a negative territory against its major counterparts in the Asian session.

Reversing from an early high of 111.36 against the yen, the greenback weakened to 110.68. The greenback is poised to challenge support around the 108.00 region.