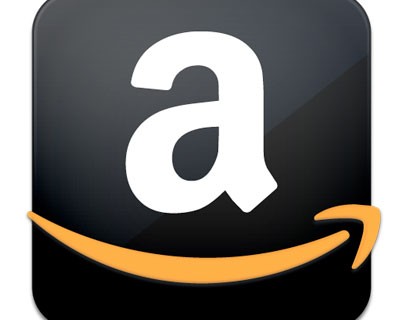 Amazon has entered the battle for remote control of the living room with a $99 television set top box that will give instant access to more than 200,000 films and television series, from Reservoir Dogs to Game of Thrones.

With Amazon’s staple DVD business facing slow decline as more people download their films rather than waiting for them to arrive by post, the company unveiled a Fire TV device on Wednesday that will take on Google and Apple as they vie to become the television distributors of the future.

In a New York venue dressed as a front room, with sofas, bookcases and a flatscreen television, Kindle executive Peter Larsen unveiled a drinks coaster-sized black box whose processors he claimed were three times as fast as rivals. Amazon is also promising the latest games can be played on the device, including the hugely popular Minecraft, and developers Sega, Ubisoft and Disney are all involved.

The device, which is on sale immediately, will link to Amazon Instant Video’s large library of films and TV series, which has new and classic titles to download or stream, rent or buy, as well as hosting media players from Netflix, YouTube, Vimeo and Hulu. Built on Android software, which should make it easier for developers’s designs, Fire TV can also display photos, play music and host games.

Fire TV has dual Wi-Fi for faster connections, serves high-definition images, has a remote which acts as a microphone for voice activated search, and predicts which shows viewers will want to watch, preloading them so that they can start instantly.

Larsen said the device would “make complexity disappear”. Attacking rival boxes for laborious programme searches, buffering and platforms that are often closed to rival media players – such as Amazon’s – he said: “We’re selling millions of streaming media devices on Amazon.com … we hear what’s working, we hear what’s not working.”

Buoyed by the success of its e-readers and Kindle HD tablets, Amazon is making the leap to the living room in the hope that selling more downloads could prove highly profitable. Kindle owners spend, on average, $443 more buying items of all kinds from Amazon than shoppers who do not own one of its tablets.

Founder Jeff Bezos also knows that his reign as the world’s largest video retailer may come to an early end if Amazon is usurped by the online libraries offered by Netflix, Google’s Play store and Apple’s iTunes.

Amazon’s Fire TV will go head to head with the Apple TV box, which offers films to rent or own from the iTunes library, plus YouTube and Netflix. However Apple TV, to the frustration of many of its British users, cannot connect television sets to media players from the BBC or ITV.

Fire TV will also be pitched against Google’s Chromecast, a £30 thumb-sized dongle designed to be plugged into the back of a smart television set. Chromecast offers content from Netflix, YouTube and the Google Play store.

“Amazon’s move is essentially the final piece in a three-way battle between America’s internet heavyweights for tomorrow’s TV screen,” said David Watkins of Strategy Analytics. “It’s like Dr Pepper challenging Coke and Pepsi’s empire. Apple’s there already, Google joined last year, now all will be up against the incumbent pay-TV providers. To thrive, however, they’ll probably have to do partnership deals as Apple has been trying.”

In the United States, Apple dominates what is still a tiny market, with a 43% share of streaming devices, according to Bezos-backed publisher Business Intelligence. Roku, which is also on sale in the UK, has 24% and Google’s Chromecast, which launched in America a year ago, has risen fast with 14%.