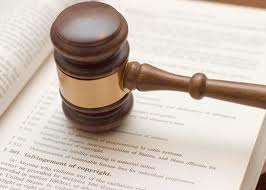 Apple Inc. (AAPL), accusing Samsung Electronics Co. (005930) of misleading jurors at the start of a $2 billion trial over smartphone technology, lost its bid to show jurors how it uses three of five patents disputed in the case.

Efforts by Cadbury, a unit of Mondelez International Inc. (MDLZ), to register a distinct shade of purple as a trademark has been closed out by the U.K.’s Supreme Court, Confectionery News reported.

The high court ruling ends a 10-year dispute with Vevey, Switzerland-based Nestle S.A. (NESN), which had opposed Cadbury’s 2004 trademark application, according to the trade publication.

Neurovision Medical Products Inc. was awarded $30 million in a five-year-old trademark case against NuVasive Inc., a medical-device company based in San Diego.

This is the second trial related to the trademark dispute. NuVasive had successfully appealed an earlier $60 million infringement verdict. The appeals court found that improper jury instructions had been given and sent the case back for retrial.

Metro-Goldwyn-Mayer Inc. and the producers of the James Bond franchise sued NBCUniversal Media LLC, saying a screenplay for a movie in development, “Section 6,” infringes its copyright to the 007 character.

“This lawsuit concerns a motion picture project, in active development, featuring a daring, tuxedo-clad British agent, employed by ‘His Majesty’s Secret Service,’ with a ‘license to kill’ and a 00, double-0, secret agent on a mission to save England,” Danjaq LLC, the producers, and MGM said in a redacted complaint filed April 3 in federal court in Los Angeles.

Kori Bernards, a spokeswoman for Universal, didn’t respond to an e-mail after regular business hours April 3 seeking comment on the lawsuit.

Netflix, Amazon Sued by Ex-Employee of Both Companies

Both Netflix Inc. and Amazon.com Inc. were sued by a former employee of both companies who claims that Netflix made unfounded allegations that he misappropriated trade secrets when he left to join Amazon.

In the suit, filed April 1 in Los Angeles Superior Court, Jerry Kowal, the former director of content acquisition for Netflix, says that when he left to join Seattle-based Amazon, Netflix accused him of bringing the movie-delivery company’s confidential information with him.

He also claims that Amazon wrongly terminated him, and suggests this was done to appease Los Gatos, California-based Netflix, a major Amazon customer. Kowal seeks damages in excess of $1 million.

Neither Amazon nor Netflix responded immediately to an e-mailed request for comment on the lawsuit.

The case is Kowal v. Netflix Inc. (NFLX), BC541185, Superior Court of the State of California, Los Angeles County.