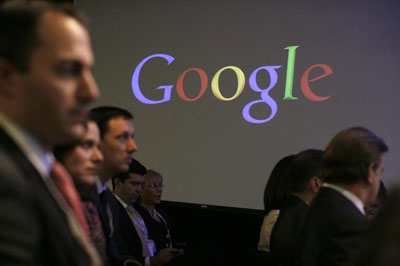 Google Inc. (NASDAQ:GOOG) is considering a change to its PageRank software, which would favor websites that use encryption to protect visitors’ personal information, meaning safer sites would appear higher in search results.

While Google is reportedly still in the early stages of discussing the change, Matt Cutts, an engineer in charge of quality control for the company’s search results, said in March that he would like to see it happen sometime this year. Google’s renewed interest in encryption comes to light as the world reacts to a major Internet security flaw called Heartbleed, which makes millions of passwords across the Web vulnerable to theft.

Cutts is holding discussions within Google to make the change to its Search algorithm, according to a report from the Wall Street Journal’s Digits blog. Cutts often acts as an intermediary between Google’s Search team and Web designers, who closely monitor the company’s search policies.

Google directs the majority of the world’s search traffic, and the company often uses its search algorithms to influence Web design. Google’s Search algorithm encourages practices it considers “best” among Web developers and discourages those it deems unworthy, such as sites that load slowly or those that include malicious software that users might download. Web developers that follow the company’s best practices rank higher in Google Search results.

Encrypted data requires a software key to decode; attempts to access a website’s data would be unsuccessful without that key. Currently, websites that implement encryption can encounter difficulties with the search giant, since the practice requires a small change in a site’s Web address, or URL. Those that improperly redirect users from older, unsecure Web addresses to encrypted ones can temporarily rank lower in Search results.

Google did not respond to an email requesting comment on the proposed PageRank change.

The company is reportedly in the early stages of discussions, and any shift in Search that would favor encryption will not happen soon, the report said. Google has begun encrypting more of its services, including Gmail and Search, following the disclosure that the NSA was using security vulnerabilities found in its data centers to discretely gather intelligence.