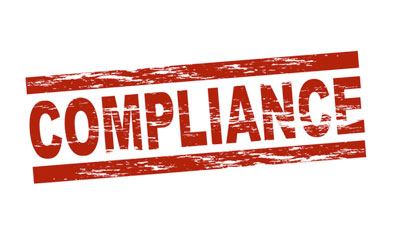 Europe’s capital markets are getting a new foundation.

The 28-nation European Union’s top markets regulator yesterday made public more than 800 pages of proposed rules that cover everything from high-frequency trading curbs to transparency requirements for bond markets and position limits for commodity derivatives, with the aim of boosting confidence in the financial system.

The EU’s bid to revamp its market legislation, known as the Markets in Financial Instruments Directive, or MiFID, is the centerpiece of its work to implement agreements reached by the Group of 20 nations after the turmoil that followed the 2008 collapse of Lehman Brothers Holdings Inc.

Members of the European Parliament and national governments reached a deal on the plans in January.

The accord ended more than two years of haggling. It’s now the European Securities and Markets Authority’s responsibility to define terms and flesh out detailed rules for national authorities to implement.

The legislation is set to take effect in 2016, with longer time frames for some measures.

Logitech International SA (LOGN) dropped as much as 6.1 percent after the Swiss maker of computer mice said the U.S. Securities and Exchange Commission is investigating its financial statements.

The company is delaying the filing of its annual report for the year through March beyond the deadline of May 30, Lausanne-based Logitech said in a statement released May 21.

The company said its audit committee is investigating a number of accounting matters, which could result in adjustments to its past year’s results. Some of the issues under review are also subject of a formal SEC probe, in which it’s cooperating. That includes a revision to financial statements concerning warranty accruals and amortization of intangible assets, as well as transactions from 2007 to 2009 with a distributor the company didn’t identify, Logitech said.

Nancy Morrison, a spokeswoman for Logitech, declined to provide further details on the investigations.

The Financial Industry Regulatory Authority fined JPMorgan Chase & Co. (JPM) $95,000 for bond reporting violations, according to a settlement disclosed last month by the self-regulatory body. The penalty was the biggest in a spate of Finra cases involving at least three other dealers in the past five months for similar violations.

Regulators are seeking to uphold the fairness of the bond-price reporting system known as Trace.

JPMorgan accepted the fine, the findings and a censure without admitting or denying the facts, according to the settlement. A spokesman for the bank declined to comment and George Smaragdis, a Finra spokesman, wouldn’t address the conduct of specific firms.

Morgan Stanley failed to report at least 4,200 trades on time from May 2011 through March 2013, resulting in $35,000 in Trace-related fines, according to documents released last month by Finra.

“The issues involved in this settlement were technical in nature and did not impair the accuracy of Trace data,” said Christy Jockle, a spokeswoman for Morgan Stanley. (MS)

U.S. Securities and Exchange Commission staff should “examine the existing audit committee report to make it more useful to investors,” Chairwoman Mary Jo White said May 20 at the Financial Accounting Foundation Trustees Dinner, according to prepared remarks posted on the SEC website.

“Reporting requirements have not changed significantly in a number of years, and I think it is time to take a look at whether improvements can be made,” she said.