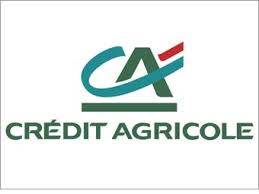 Credit Agricole SA (ACA), which refused to settle an antitrust probe over Euribor manipulation, accused European Union regulators of bias and said they should step down from the case, according to two people with knowledge of a letter the lender sent to the EU.

France’s third-biggest bank argued that Competition Commissioner Joaquin Almunia and his team harmed its right to present a defense by announcing last year that a cartel existed in the case, said one of the people, who asked not to be identified because the matter is private.

The EU’s Euribor case became strained when three banks including Credit Agricole rejected an accord. Almunia split up the probe and announced a Dec. 4 deal with Deutsche Bank AG, Barclays Plc, Royal Bank of Scotland Group Plc and Societe Generale SA. (GLE) Barclays sidestepped a fine after blowing the whistle on the manipulation, and the other lenders agreed to a combined fine of about 1 billion euros ($1.4 billion).

“I expect the ultimate decision to be appealed, and this may be one of the grounds” for the non-settling banks, said Lambros Kilaniotis, a lawyer at Reynolds Porter Chamberlain LLP who isn’t involved in the case. They may argue in court that the fact that the European Commission settled the case with several lenders almost prejudges that they are also guilty, he said.

The statement of objections is the next step in the EU enforcement process and is typically a precursor to fines. Credit Agricole’s letter was sent before Almunia issued the antitrust complaint, according to the people.

After having decided to split the case last year, the commission “obviously” has to press on with the case, regardless of complaints about the procedure, said Kilaniotis.

In the only previous case in which the EU failed to clinch an all-encompassing settlement, the EU’s antitrust arm finalized its probe for all parties at the same time. Timab, a maker of livestock-feed additives, snubbed a deal saying the commission tried to push the company to admit conduct it didn’t commit.

The lender’s written response to the statement of objections would probably include a section stating that the bank hasn’t been treated fairly as the commission compromised its rights of defense by splitting the case, Kilaniotis said.

The reason the bank sent the letter “is not necessarily because they thought the commission was going to drop the case or deal with the case differently,” he said. “It’s just to put the marker down” as part of a wider strategy with a court challenge in the back of the bank’s mind.

Revelations of widespread manipulation of benchmark rates have triggered global fines of about $6 billion. In the wake of the Libor and Euribor scandals, regulators have boosted oversight of rate-setting processes and examined similar allegations in foreign exchange and commodity markets.

Interdealer broker ICAP Plc rejected a settlement last year and faces a complaint “in the coming days or weeks,” Almunia said on May 20.