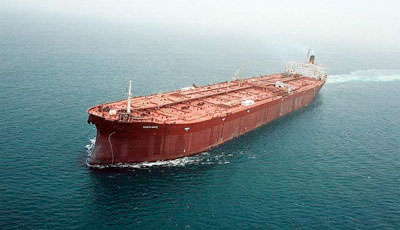 A.P. Moeller-Maersk A/S (MAERSKB) said it is working on alternative plans to cut costs and address overcapacity in the freighter market after Chinese regulators unexpectedly blocked formation of a global shipping alliance.

“We have different tools in our toolbox to activate,” Vincent Clerk, the chief trade and marketing officer at Maersk Line, told Bloomberg television today. “We have to look more at how we operate the fleet, at the speed of services.”

The ruling yesterday caught Maersk and partners Mediterranean Shipping Co. and CMA CGM SA off guard after what Clerk said had been constructive talks with Chinese officials. With the pact now officially dead, the companies need to confront the reality of falling prices and overcapacity that will remain a feature for “years to come,” Clerk said.

Maersk and its two allies agreed last June to establish an operational pact with the aim of reducing costs on Asia-Europe, trans-Atlantic and trans-Pacific routes. Container lines have been battling industry overcapacity after a boom in ship orders collided with the global financial crisis, triggering the worst slump in prices for the carriage of cargo since containerization became global in the 1970s.

Shares of Maersk, the world’s biggest container line, rose as much as 230 kroner, or 1.7 percent, to 13,520 kroner in Copenhagen, after slumping the most in two years yesterday. China Cosco Holdings Co. (1919), China’s biggest shipping company, fell as much as 1.3 percent in Hong Kong trading. CMA CGM, based in Marseille, France, and MSC, which has its headquarters in Geneva, are both closely held.

“If there had been a Chinese partner in this I do think it could have gone through,” said Susan K. Ross, who heads up international trade at Mitchell Silberberg & Knupp in Los Angeles. “China wants a global position in a shipping just as in every industry.”

The companies had planned to commit 255 vessels deployed on 29 trade loops to a joint center that would have run a combined fleet independently. Maersk was slated to contribute 42 percent of the total, including its Triple-E class, the largest-ever container ships with a capacity of 18,000 boxes.

China’s rejection of P3 comes after the U.S. Federal Maritime Commission approved the alliance in March and the European Commission closed an EU antitrust probe this month.

Trade has been a mainstay of China’s economic development since former leader Deng Xiaoping first opened up the nation more than three decades ago. It entered the World Trade Organization in 2001, helping secure annual growth in excess of 10 percent on average in the following decade.

While policy makers in the world’s second-largest economy sought to reduce its reliance on commerce in the aftermath of the 2009 recession, exports remain a source of strength.

Shipments abroad advanced 7 percent in May from a year earlier, with imports down 1.6 percent, a government report showed. China recorded a $35.9 billion surplus for the month.

The Chinese Ministry of Commerce said that the P3 plan might have benefited Maersk, MSC and CMA CGM at the expense of other operators, and that in “numerous discussions” the applicants had failed to show that the positive elements would outweigh any adverse impact. The three companies — which had always pitched the arrangement as “operational, not commercial” — control a combined 46.7 percent market share, it said.

The “closely coordinated joint operations” proposed in P3 would also have been substantially different from the “loose cooperation” of current alliances, the ministry said.

Maersk CEO Andersen said the partners had worked hard to address the concerns of all regulators involved, adding that Chinese shipping lines don’t yet have the global route profile needed to have played a useful role in the planned alliance.

“We thought it was a good proposition and would allow us to get cost out and reduce fuel consumption,” he said by phone. “There was no impact on the market side. We never saw this as consolidation and neither did the U.S. and Europe.”

Maersk has a 14.9 percent share of the global market, based on the number of containers available in its own fleet and as chartered capacity, according to Alphaliner, which provides a daily update. MSC has 13.4 percent and CMA CGM 8.6 percent.

The P3 pact had initially aimed to commence operations during the current quarter, before Maersk said May 21 that the start date had slipped to autumn amid regulatory scrutiny.

Maersk Line, the company’s container unit, more than doubled its net income to $454 million in first quarter as lower costs and higher volumes countered the drop in rates.

Drewry Maritime Research analyst Neil Dekker said P3 was so large that plans for fleet deployment and a London control center will have been well advanced, though China’s ruling won’t hurt Maersk Group’s earnings targets, according to Andersen.

“P3 would have been nice to have but it’s not a must-have,” he said. “Maersk is in a very strong position. We are very competitive and making very good profits.”