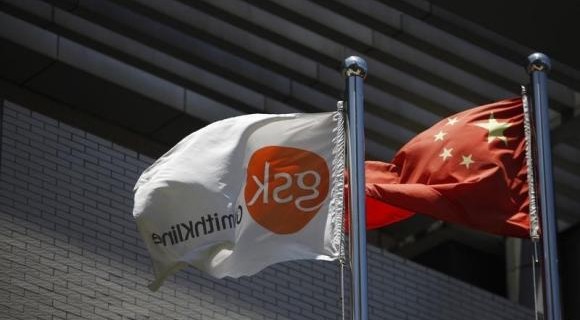 GlaxoSmithKline GSK.L on Sunday confirmed the existence of an intimate video recording of its former China head, Mark Reilly, which the Sunday Times reported kicked off a bribery investigation that has damaged the drugmaker’s business in China.

The Sunday Times said the recording was shot without Reilly’s knowledge or consent at his Shanghai flat and showed the Briton, who is separated from his wife, with his Chinese girlfriend.

It was not clear who shot the video or with what motivation. The video was emailed to top GSK executives in March 2013, the newspaper said.

A GSK spokesman confirmed the tape existed but did not comment on how it related to the alleged bribery scandal.

In July 2013, Chinese police accused Britain’s biggest drugmaker of transferring as much as 3 billion yuan ($482 million) through travel agencies to bribe doctors and officials.

Reuters was not independently able to verify the link between the tape and the bribery case.

Chinese police filed corruption charges against Reilly last month. The Briton, who has been barred from leaving China, could face decades in prison.

Reilly has not been reachable for comment while his lawyer has declined to talk to the media. Reilly’s whereabouts are unknown.

China’s investigation into GSK and its scrutiny of numerous other foreign and local drugs companies have frightened foreign pharmaceutical executives so much that some fear they could be jailed and have asked their lawyers if they should temporarily leave the country.

GSK, which described the bribery allegations as “shameful” when they came to light last year, said on Sunday that it was continuing to cooperate fully with Chinese authorities on the ongoing investigation.

“The issues relating to our China business are very difficult and complicated,” it added in a statement.

The bribery case has hit GSK’s sales in China, as buyers have shied away from doing business with the company and GSK itself has revamped its sales and marketing model.

Bribery allegations involving GSK have come to light since then in other countries and GSK is now investigating claims that bribes were also paid to doctors in Poland, Iraq, Jordan and Lebanon.