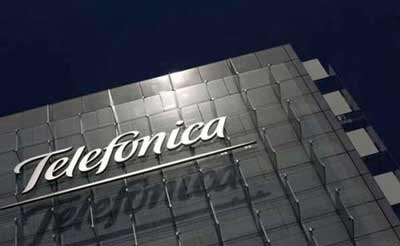 Telefonica must sell as much as 30 percent of the merged carrier’s network capacity to one or several virtual operators at fixed payments before it can close the takeover, EU regulators said in an e-mailed statement today. It will also sell radio wave spectrum and assets to aid a network operator to enter the German market and will extend existing wholesale access deals.

The decision caps almost a year of uncertainty for Telefonica’s 8.55 billion-euro ($11.7 billion) takeover of E-Plus. The deal creates Germany’s largest wireless carrier by customers, with 45 million connections, ahead of Deutsche Telekom AG and Vodafone Group Plc. (VOD) It also removes E-Plus as a competitive force that led on price cuts and innovations over the last decade.

“KPN will now get the cash and reduce debt and start paying out dividends again,” Emmanuel Carlier, an analyst at ING Belgium SA in Brussels, said by phone. “We will also see more M&A activity in Europe, from which KPN might be able to benefit.”

KPN sees the approval as positive, spokesman Stefan Simons said. He declined to comment on what will be the next step for KPN. The company has previously said it would use the proceeds to reduce debt and resume paying dividends.

A spokesman for Telefonica Deutschland declined to immediately comment.

Telefonica’s concessions seek to allay EU antitrust concerns that the deal could lessen competition. Regulators said they focused on strengthening virtual operators that piggyback on networks run by other companies because it was “very unlikely” that another network operator would enter the German market. The spectrum pledge “keeps the door open” to a potential network operator in the future, Almunia said.

Smaller operators would be forced “to compete very aggressively on the market as they have to commit upfront to purchase a significant amount of capacity, much larger than what they need to serve their current customer base,” the EU said. The companies have a “strong incentive” to acquire subscribers to fill this capacity, which represents about 10 percent market share of subscribers, Almunia said.

Telefonica said last month that Drillisch AG, a smaller carrier that doesn’t own a network, would buy 20 percent of Telefonica/E-Plus network capacity over five years. Drillisch will have the option to buy an extra 10 percent of the merged company’s capacity.

EU approval for the deal comes after five out of 12 national competition regulators, including Germany’s Federal Cartel Office, refused to give their blessing to the deal at a meeting last month, the head of Austria’s competition authority said. The opinion of the merger advisory committee isn’t binding on the European Commission.

The EU has been criticized for approving combinations of mobile operators in Austria and Ireland. Austrian prices rose after two phone companies merged, Austrian regulators said. Concessions wrung by the EU from Hutchison Whampoa Ltd. in Ireland were “insufficient” and could bring “significant negative consequences for Irish consumer welfare,” the country’s telecommunications authority said.