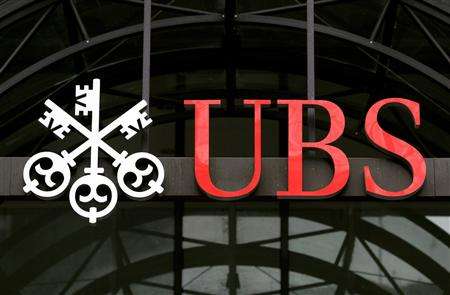 A London judge said UBS AG (UBSN) had the right to fire a senior analyst who discussed rumors about a Sanofi drug with a friend at a hedge fund who may have bet against the company before publishing a report causing its shares to drop.

Gbola Amusa was dismissed as head of European pharmaceuticals research in March 2013 when UBS found he’d exposed the bank to the risk of front-running, according to a ruling by a London employment tribunal released this week. Amusa was also investigated by U.K. and French market regulators who decided not to take action, the judge said.

Amusa’s June 2009 report that investors were concerned about the safety of the diabetes treatment Lantus sent Sanofi (SAN) shares down as much as 3.9 percent. Front-running is the practice of traders profiting from advance knowledge about a transaction expected to influence market prices.

“This was a significant failing on the part of a senior employee,” Judge Andrew Glennie said in a ruling dated June 11. When investigated by UBS “he failed to reveal all the information in a frank fashion.”

Conflict-of-interest scandals involving analysts employed by banks have led investors to question the independence of and access to reports. Zurich-based UBS was among 10 banks that agreed in 2003 to pay a total of $1.4 billion to settle charges by the U.S. Securities and Exchange Commission over tainted stock research. The banks, which included Citigroup Inc., Merrill Lynch & Co., also pledged to reform internal safeguards.

The tribunal rejected Amusa’s case that he was being punished for blowing the whistle on harassment, improper requests for information by a saleswoman, and exaggerated research by a member of his team.

The dispute dates back to June 19, 2009, when Amusa met with Sanofi managers in Paris and asked them about research into dangers linked to Lantus, according to the tribunal judge’s ruling.

UBS said Amusa hadn’t told the bank at the time he’d discussed the issue beforehand with Vijay Shankaran, then a portfolio manager at Turner Investment Partners, and Devesh Gandhi, who worked at Sonar Capital Management, according to the ruling. Both Shankaran and Gandhi were Amusa’s friends and clients of UBS.

Amusa later said in an interview with French regulators he understood Gandhi had a short position in Sanofi.

On June 25, the day Amusa published his report on Lantus, he and Gandhi “went on a social trip to Moscow,” according to the ruling.

Shankaran and Gandhi, who has since left Sonar, didn’t respond to an e-mail and phone calls yesterday seeking comment.

Sonar Capital Management was embroiled in a U.S. securities fraud trial in 2011 when Noah Freeman, a former manager at the hedge fund firm, testified that he’d received insider tips while working there and at Steve A. Cohen’s SAC Capital Advisors LP.

Freeman pleaded guilty and testified for the prosecution in the trial of consultant Winifred Jiau, who’s serving a four-year prison term for selling inside information to hedge fund managers. SAC, which has since changed its name, pleaded guilty last year and agreed to pay $1.8 billion over what prosecutors called a culture of criminality.

UBS officials said that if Amusa flagged the situation earlier, the bank “would not have allowed it to develop further.” Amusa’s “reliance on information from clients or friends in the preparation of reports he had published at UBS had represented a clear potential conflict of interest,” Peter Whiting, then UBS’s chief operating officer for European Equities Research, told a bank disciplinary panel, according to the ruling.

Whiting also told the panel that acting on information from a hedge-fund manager with a short position was “foolish to put it mildly” and “there was a clear risk of front-running,” according to the tribunal ruling.

An internal UBS probe found that it would have been possible for Gandhi and Shankaran to “infer what his intentions were” even if Amusa hadn’t explicitly tipped them off.

Amusa received a letter from French regulator Autorite des Marches Financiers in August 2013 saying while it would not take any action, there had been a failure to distinguish facts from interpretations and opinions and Amusa didn’t appear to have checked the reliability of his sources, the tribunal judge said.

Amusa’s whistle-blowing claims were made “to try to prevent the dismissal that he could see by this time was likely to occur, given the evidence against him, and/or to retrieve the shares that he considered were rightly his,” Judge Glennie said.

Reporter on this story: Kit Chellel in London