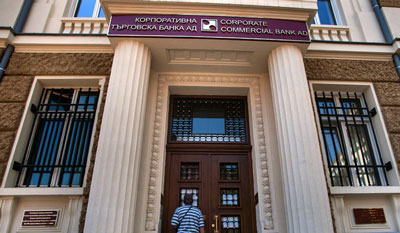 Bulgaria is dealing with its worst banking crisis since the 1990’s as the European Union and international investors have issued warnings about the fate of one of the country’s largest banks.

The Bulgarian government is struggling to find a solution for Corporate Commercial Bank, which has been closed since June after experiencing a bank run. The European Commission urged Bulgaria repay depositors as much as $2.5 billion that was insured by the state under European law.

Bondholders are gearing up to sue the Bulgarian government if the bank defaults on its bonds. It has become increasingly likely that the bank will not be able to repay a $150 million bond maturing this week. Parliament has refused to back a budget amendment to start repaying the depositors.

The fallout at Corporate Commercial Bank and Banco Espírito Santo in Portugal serves as a reminder that parts of Europe’s financial system are still unstable in the aftermath of the Continent’s debt crisis.

Corporate Commercial Bank was forced to close on June 20 after customers, after news report reports of dubious deals by the bank’s main shareholder spurred depositors to withdraw more than a fifth of deposits in a weeklong bank run.

The next threshold for the embattled lender comes when its bond, with an original issue of $150 million, matures on Friday 8th August. A group of K.T.B.’s bondholders are contemplating legal action against the state if the bond defaults.

Local depositors have also threatened legal action. Vejdi Rashidov, a former Bulgarian minister of culture said he had formed a committee of depositors to sue the Bulgarian state if the case was not resolved soon.

“If the bank doesn’t reopen, we will sue the state over all the moral, material and psychological damages this has created,” Mr Rashidov said. “The case with the bank is a criminal one — someone has stolen our money.”