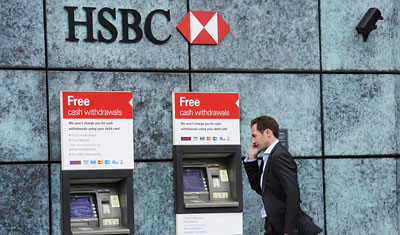 “Nothing as of yet mate,” replied the HSBC trader, according to a transcript of the “Sterling Lads” instant-message group provided to Bloomberg News by a person with knowledge of a global investigation into alleged currency-rate rigging. “I hope not either, as everything I touched today has cost me money. I just lost 10k there typing.”

Opaque conversations such as this are at the heart of the probe into allegations that traders at some of the largest banks used instant-message groups to share information about their positions and client orders to rig benchmarks used by pension-fund managers. Authorities also are weighing whether traders used groups like Sterling Lads, and others with names such as “The Cartel” and “The Bandits’ Club,” to break rules in their discussions with counterparts at other banks.

Currency “sales people and traders by and large react and perform around exchanges of information,” said Stuart Murdoch, a litigation consultant at Turing Capital LLP in London and former foreign-exchange trader. The question is whether these exchanges “have actually gone beyond what would be deemed reasonable in terms of imparting details of client behavior around order execution and price action.

Traders were open about using such message groups to match orders, telling authorities including the Bank of England that they help avoid losses in the hours before the benchmark is set, reduce volatility and get a better price for their clients, people familiar with those discussions have said.

Investigators in the U.S., Europe and Asia are poring over thousands of pages of transcripts like these looking for evidence of collusion to rig currency rates, trading ahead of clients and other possible wrongdoing. Spokesmen for Barclays and HSBC, both based in London, declined to comment about the Sterling Lads chats.

All three banks have said they are cooperating with investigations. They’re among several firms in settlement talks with regulators as authorities around the world look into allegations surrounding the $5.3 trillion-a-day currency market. U.S. and U.K. deals could be announced as soon as next month.