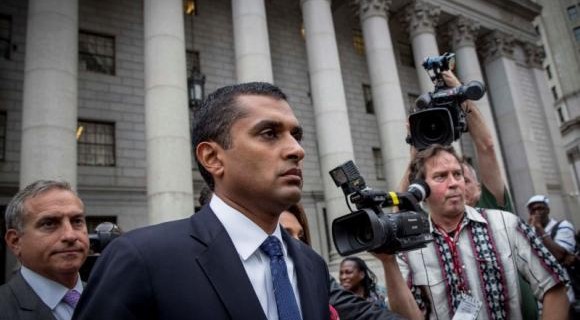 The 2nd U.S. Circuit Court of Appeals in New York agreed to delay Martoma’s surrender date past Nov. 10 until after an appellate panel had considered his motion for bail pending appeal.

The 2nd Circuit scheduled arguments on Martoma’s bail motion for Nov. 12, and directed prosecutors to respond to his request by this Friday.

A jury found Martoma guilty of three counts of conspiracy and securities fraud over a scheme that allowed SAC Capital to make profits and avoid losses of $275 million in trades in Elan Corp and Wyeth.

Martoma, who worked in SAC’s CR Intrinsic Investors division, was accused of seeking out confidential information from doctors involved in a clinical trial of an Alzheimer’s drug being developed by Elan and Wyeth.

Prosecutors said in July 2008, Martoma received a tip from a doctor about negative trial results for an Alzheimer’s drug being developed by Elan and Wyeth.

The tip prompted SAC Capital to begin selling its $700 million position in Elan and Wyeth before the data was made public later that month, prosecutors said.

The case followed a long-running insider trading investigation of SAC Capital. Eight employees have been convicted, and SAC last year agreed to pay $1.8 billion in criminal and civil settlements and plead guilty to fraud charges.

SAC has since changed its name to Point72 Asset Management, and the Stamford, Connecticut-firm was transformed into a family office managing Cohen’s fortune.