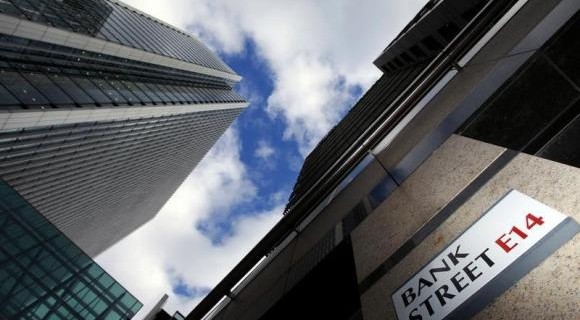 Britain’s big banks could be broken up after the country’s competition watchdog launched a full-blown investigation into services for small business customers and personal accounts because of a lack of competition.

It marks the latest step by authorities to break the dominance of the country’s big four lenders and is likely to keep the industry in the political spotlight ahead of next year’s election and beyond.

The Competition and Markets Authority (CMA) said on Thursday banks had not done enough to meet the needs of retail customers or small and medium-sized businesses, such as making it easier to switch banks or providing clear information on fees.

The investigation was welcomed by consumer and business groups and some of the smaller banks.

“This investigation represents a unique opportunity which must be seized, in order to deliver real change in the banking sector,” said John Longworth, director general of the British Chambers of Commerce.

“For many years Britain’s dysfunctional banking sector has struggled to meet the needs of SMEs, impeding the growth prospects of some of our most promising young companies.”

The investigation, which may take until May 2016 to complete, had been expected after the CMA said in July a full probe was on the cards. [ID:nL6N0PT1GL]

Since the 2007/09 financial crisis, UK politicians and regulators have tried to improve the safety and conduct of banks. The CMA’s investigation marks the first major move to improve competition.

Banks are holding far more capital than before the crisis, have to separate their domesticretail arms and have had to improve standards and conduct. But consumer and business groups said that has not addressed the market dominance of big firms.

Indeed, Lloyds Banking Group’s (LLOY.L) takeover of HBOS and the collapse of several former building societies in the financial crisis cut the number of lenders, before several new ‘challengers’ began to emerge in recent years.

The CMA, which became Britain’s new competition watchdog in April, has the power to order a break up of banks considered too dominant, as well as so-called behavioral remedies, such as improving information given to customers.

“STRANGLEHOLD ON THE MARKET”

The big four lenders – Lloyds, Royal Bank of Scotland (RBS.L), Barclays (BARC.L) and HSBC (HSBA.L) – have about 77 percent of Britain’s 65 million personal current accounts. They also have 85 percent of the 3.5 million business current accounts and provide nine out of every 10 business loans, the CMA said.

UK authorities have been trying to increase competition in business banking for 15 years, but have failed to do so.

A new switching service has made it easier to change banks and there has been an increase in people changing accounts. But still less than 3 percent of customers a year swap banks.

The CMA said there had been “very little movement over time in the market shares of the four largest banks”, and it would review undertakings made by lenders in 2002 that were meant to open up competition in the small business space.

It was also concerned about barriers to entry and expansion for smaller banks and limited transparency making it difficult for customers to compare prices, especially for overdrafts.

Current or personal accounts brought in about 8.1 billion pounds of revenue last year for the banks – or about 125 pounds per customer. Revenue from small business accounts was well over 2 billion pounds, the watchdog said.

Analysts have said outcomes could include forcing banks to sell branches in areas where they are particularly strong. That could include business banking in Scotland, where RBS has 39 percent of the market and Lloyds 30 percent.

Paul Pester, chief executive of TSB Bank (TSB.L), which was spun out from Lloyds last year and is still 50 percent owned by it, said the big four banks have had “a stranglehold on the market for far too long” and more transparency was needed.

“Consumers have been crying out for a root and branch investigation like this for years and we have previously said the CMA would be uniquely placed to carry out this complete review of the market,” Pester said.

The CMA will appoint a Market Reference Group – typically about five people – to investigate issues and decide what action to take.