The Rise Of Social Trading 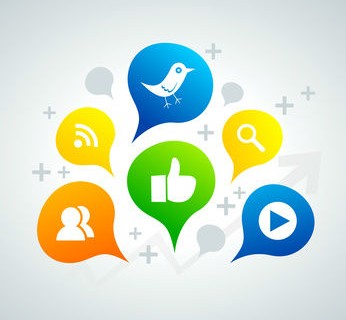 Social media platforms have billions of active users. People use them to share thoughts, put up pictures, and play games, among other activities. With all sorts of discussions going on at these platforms, the use of social media for insights into market sentiment has picked up over the past several months.

One of the most renowned activist investor on Wall Street, Carl Icahn, joined Twitter Inc (TWTR) last year. He marked his debut by saying, “Twitter is great. I like it almost as much as I like Dell” in June.

In less than 18 months, Mr. Icahn gained 190,000 followers on America’s second-largest social media website. Twitter has provided the billionaire a platform to express his opinions, share schedules for TV appearances, and even share his investment insights on the go.

On August 13, 2013, Mr. Icahn tweeted about his meeting with Tim Cook. The investor said Apple Inc. (AAPL) is “extremely undervalued” and declared that his firm has taken a “large position” in the Cupertino-based tech giant.

In the world of finance, such insights (especially from big-name experts like Mr. Icahn) hold much significance for investors, especially the smaller ones. Online platforms have quickened the flow of trading ideas from the likes of Carl Icahn, which are subject to imitation in the investment world.

In January this year, Mr. Icahn tweeted that his firm increased its stake in Apple to over $3 billion by purchasing $500 million worth of stock. In April, the activist investor reiterated that the stock was still “meaningfully undervalued.” Last month, he tweeted, “Just over 1yr ago we tweeted our large position in $AAPL & belief the company extremely undervalued. Since then, stock is up 50.6%.”

The proponents of social trading, according to FT, maintain that this development has somewhat bridged the trading resource gap between larger and smaller investors. Critics, however, argue that this phenomenon brings huge risks for uninformed traders, who make big bets “without performing their own due diligence.”

eToro, a copy-trading website, has taken this information sharing to a new level. At eToro, the transactions carried out by traders are displayed on their profiles, which can essentially be imitated by other investors on the site. In such a setting, every trader on the platform is like a “micro mutual fund,” where people can choose to invest.

Financial Times interviewed one of the traders at eToro, Alida Haisma, who used to copy others but after losing some money, started to develop her own strategy nine months ago. Ms. Haisma now has over 30,000 followers and nearly 1200 copiers.

The obvious concern here is that most newcomers at eToro go after the strategies of those traders boasting the highest returns in the short term. In their greed, they might overlook that high return comes at a high risk. The copy-trading platform’s CEO, Yoni Assia reiterated this, saying, “It’s a social system, so it requires an understanding that copying somebody else is for better or worse.”

HedgeCoVest, another online platform, allows retail investors to imitate the strategies of giant hedge funds and asset managers like Boston Company. The website’s “Replicazor” technology enables users to see and replicate trades carried out by the funds.

HedgeCoVest’s founder, Evan Rapoport says, “This levels the playing field and gives the same benefits to the small investor that the institutional investors have. You can invest $30,000 instead of $30 million.”

Then there are others, like LikeFolio for instance, which offers “Twitter sentiment” as an edge to investors in creating their portfolios. The growing use of social media in trading decisions has attracted regulators too, who fear that it is hard to keep fraudsters spreading out false rumors. Despite this, the social media phenomenon is growing at a fast pace; as Howard Lindzon, the founder of the Twitter-like StockTwits said, “This is only going to magnify 100 times.”