Decline and Fall of the Demagogues 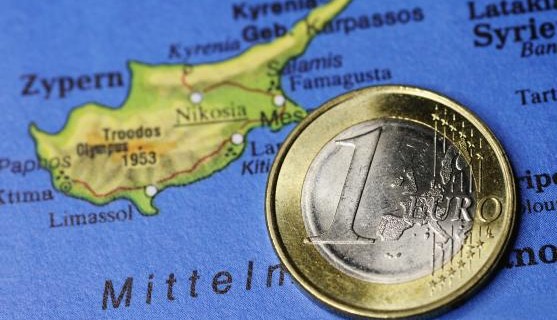 This article could have been entitled ‘The Bonfire of the Vanities’ (with apologies to the book’s author Tom Wolfe) as it too is all about ruthless ambition, political sleaze and rampant greed. However, as vanity in others is regarded in Cyprus as something normal and acceptable, even praiseworthy, and the more so the higher an individual claws their way up the demagogic ladder, calling this article ‘The Bonfire of the Vanities’ would have been a waste of wit.

Dismantling Sovereign Corruption
As noted in my 2013 book Corporate Risk and Governance*, for a very long time Cyprus has suffered from a pernicious form of corruption that goes far beyond petty and even grand corruption, namely ‘sovereign corruption’. Widespread collusion occurs over a very long period between, on the one hand, unethical companies and their bosses (for example, those engaged in wholesale cheating of customers, suppliers and/or the taxpayer) and, on the other hand, party hacks across the political spectrum and officials of successive administrations and local authorities. This is to the detriment of the public interest in general and particular classes of person or corporate entity or particular individuals and organizations. If the government fails to radically correct the tainted system and the collusion, it creates an impression that corruption has become an accepted and institutionalized fact i.e. an instrument of state policy. That is sovereign corruption.

Prior to 2013, it was unimaginable that any government in Cyprus would ever change this corrupt status quo since they were all assumed to be ‘up to their necks in it’ for reasons of personal gain, greed, lust for power and, no doubt, a good old dose of vanity. No one wanted to rock the boat, no one wanted to derail their own gravy train and no one had the courage to take on the powerful demagogues who were the biggest patrons, drivers and beneficiaries of the corrupt system. However, a combination of the national financial crisis of March 2013, the EU/IMF/ECB bailout terms and the immediate arrival of a new government under President Nicos Anastassiades appears to have provided an almost unique opportunity for the corrupt mould to be broken. The new President made it clear through numerous public statements that this was precisely one of his policies and one that would be carried through. Many thought it was just a political PR stunt without any likelihood of implementation but, after a somewhat faltering start, we began to see clear examples of investigations, arrests and criminal proceedings against very senior exemplars of the corruption.

The Gathering Storm
Let us consider the growing list of scandals in Cyprus that have hit the headlines in the past year or so that involve individuals who arguably could be described as demagogues. They are demagogues not only because they are recognized as being from the patrician class of wealthy and powerful Cypriots but also because of arrogant statements and behaviour of some of them in the face of public scrutiny and disapproval. Typically, judging by their words and actions, they believe themselves not only to be untouchable and unaccountable but also to have a right to be so because they are who they are. Sound familiar? Remember the notorious American businesswoman Leona Helmsley who in 1989 was convicted of federal tax evasion and sentenced to 16 years in prison? She was quoted in evidence as saying ‘We don’t pay taxes. Only the little people pay taxes’.

• The conviction in June 2014 of Akis Lefkaritis, a senior figure in the Lefkaritis petroleum business, for sexual exploitation of under-age girls. Sentenced to 12 years in prison. It is widely believed that his predatory behaviour had been known for years by the authorities but had been ignored because of his powerful status.
• The conviction in September 2014 of a former Governor of the Central Bank of Cyprus, Christodoulos Christodolou, on six counts of tax evasion which he admitted. Fined €13,500 and sentenced to 5 months’ imprisonment. In statements surrounding the trial, he implied that he was being unfairly treated as half the population engages in tax evasion.
• The on-going trial of Theodoros Aristodemou, chairman and MD of Aristo developers, his wife, an employee and a municipal engineer for allegedly altering title deed documents in the Land Registry to increase the area of land plots usable for development. Further investigations continue. Aristo is former chairman (while chairman and MD of Aristo) of the Bank of Cyprus and resigned on ill-health grounds in 2012 prior to the near collapse of BoC in March 2013. Unanswered questions remain about his BoC tenure, including possible conflicts of interest and the probity of a personal BoC loan of over €200m.
• The on-going trial in Greece of a former Cyprus Interior Minister, Dinos Demetriades, on corruption charges alleging the laundering of bribe money.
• The on-going trial of numerous individuals allegedly involved in the CYTA Pension Fund land fraud, involving ramping of land value, manipulation of investment decisions, bribery and corruption. Defendants include Stathis Kittis, former CYTA board chairman, Charalambos Tsouris, former CYTA board member, Orestis Vasiliou, former secretary general of the CYTA employee union, Nicos Lillis, businessman and football club chairman, an AKEL official and a Land Registry official.
• The on-going investigation and prosecution of numerous individuals allegedly involved in bribery, corruption and financial irregularities connected with the Paphos Sewerage Board. These include the Mayor of Paphos Savvas Vergas (now resigned), an AKEL Deputy, an AKEL Councillor, an EDEK Deputy, the CEO of Medcon Construction and the MD of Nemis Construction. Thus far, Savvas has admitted receiving bribes. Further charges are pending.

With such a growing list, maybe some demagogues do in fact have feet of clay. Some signs of their belated humility would certainly not go amiss. Let us hope that exemplary sentences are handed down to those convicted. A paltry 5 months in Christodolou case makes it look as if the judiciary are still part of the sovereign corruption. I hope I am wrong.

Who Next?
It is starting to look as if the cleaning of the Augean Stable is gaining a momentum that will spare no one having even a whiff of corruption about them. There are still plenty of big shots and big organizations awaiting the exquisite investigatory ‘tortures’ of the Auditor General and it is a fair bet that, as 2015 rolls on, yet more cases will be revealed to the public. But, as Auditor General Michaelides has stated clearly, the requirement for honesty and integrity transcends all levels of person and organization and so even lesser demagogues are likely to come under the microscope. For example, there are plenty of examples of very dubious civic projects and transactions in the villages where public transparency on the awarding of contracts and the costs of projects has been deliberately blocked by the local council. Local residents and taxpayers are, apparently, not entitled to know. For example, how much did the new council offices cost to build? Who were the bidders, what were their bids, why was a particular bid successful, did prior due diligence exclude any bidder on the grounds of family or other connections with council officers? Indeed, were council officers required to declare any connections they may have had with bidders or any financial interest in the land or the bids? Similar questions might arise over, say, a new civic cemetery as well as why the purchase price of the land was so high, what alternative sites were considered and why building a wall round it cost hundreds of thousands of Euros. The financial probity in all such cases surely warrants investigation.

The article first appeared on www.financialmirror.com