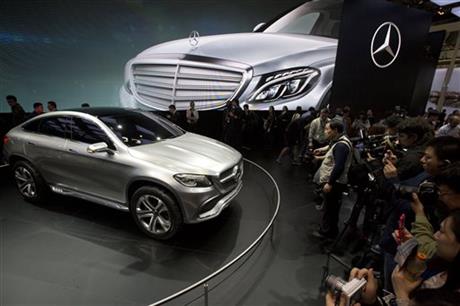 Nearly half of foreign companies in China feel singled out in a wave of anti-monopoly and other investigations, and a growing number are deciding not to expand their investments, the American Chamber of Commerce in China said Wednesday.

The report adds to complaints Beijing is improperly using regulation to limit foreign access to technology and other promising markets in violation of its free-trade pledges.

Some 57 percent of 477 firms that responded to an annual survey believe “enforcement campaigns target and hinder foreign companies,” the chamber said in a report.

This week, Qualcomm Inc. was fined a record 6 billion yuan ($975 million) by Chinese regulators on charges its licensing practices for mobile phone technology violated the country’s anti-monopoly law. Foreign automakers and dairy suppliers also have been fined under the 2008 law.

“We want full market access for our companies,” said the chamber’s chairman, Jim Zimmerman, at a news conference.

The chamber said 31 percent of companies surveyed had no plans to expand investment in China. That was up from 27 percent in a similar survey last year and 13 percent in 2013.

Market barriers add to pressure on foreign companies as China’s economy cools and competition heats up. Economic growth fell last year to a two-decade low of 7.4 percent. Forecasters expect it to decline further this year.

Two out of five companies surveyed said revenue in 2014 was even with or below the previous year’s level, while three out of five said profit held steady or declined, according to the chamber.

Four out of five companies said China’s Internet censorship is hampering their business. Beijing tries to block access to online material deemed subversive or obscene. Some technology companies say regulators appear to be stepping up efforts to block use of virtual private network, or VPN, systems to circumvent the filters.

“It wasn’t a political concern,” said Duval. “It was … the effect on commercial ability to operate a business.”

Technology companies also are alarmed by proposed Chinese security rules that would compel them to disclose how encryption systems work and to keep sensitive information on servers within China.

The American Chamber and a group of technology industry groups have appealed to regulators to postpone the proposal. Zimmerman said he had no new information about the proposal.