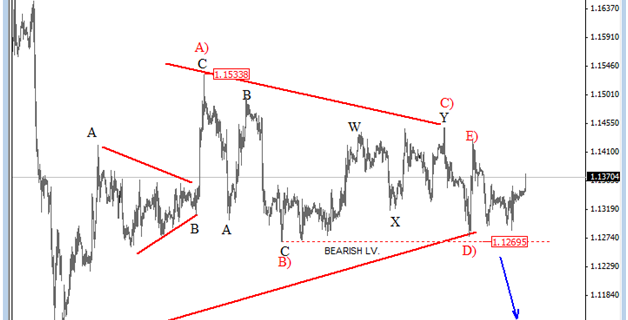 USD fell sharply yesterday during chair Janet Yellen’s testimony. Yellen was not that hawkish as most of speculators expected, so market made some intraday shifts in trend. We have seen strong leg down on USDJPY as 10 year US notes rallied. At the same time we have seen strong reaction on commodity currencies that were also supported by a turn up on Gold. Despite some significant moves, EURUSD remains trapped in range.

So EURUSD as said so many times this week; I am tracking two counts, bullish and bearish. I know that this does not help you much, but I just need to see a decisive break out of the range before we can final call end of the sideways move. So break and close above 1.1450 is bullish for the EURUSD, up into wave C), while close beneath 1.1260 would suggests a completed triangle and impulse could send EUR back to the lows. 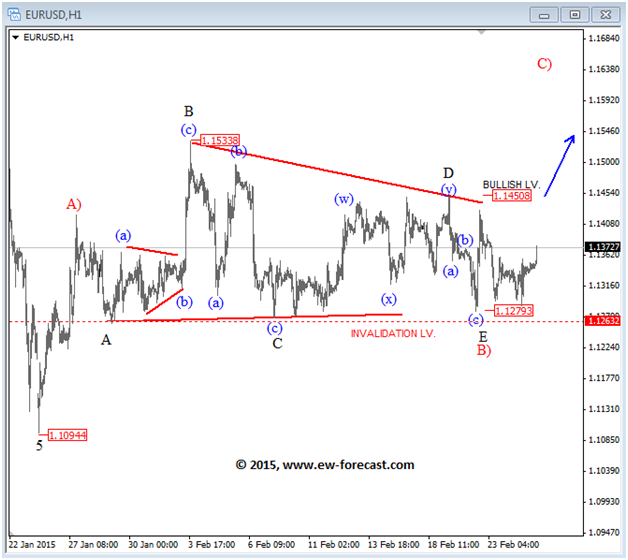 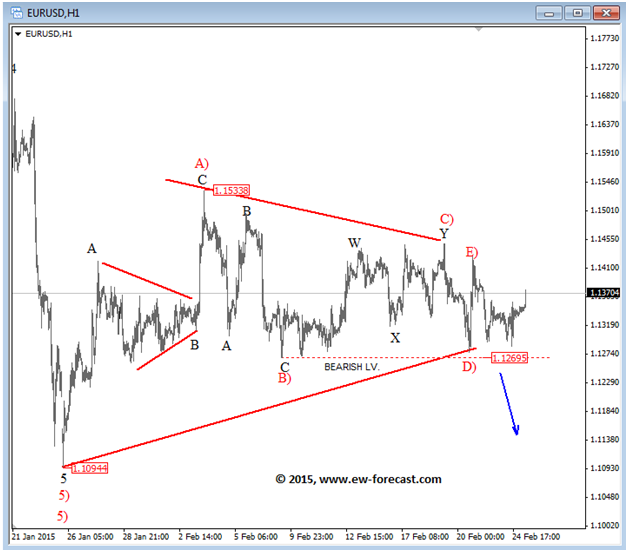 Yesterday we were tracking a triangle in wave (B) on cable, which was accomplished at 1.5400 during Yellen testimony. We can see new highs already so wave C) is underway most likely to 1.5550-1.5600 area where we will be looking for signs of a top as big correction can be in final stages.